This Photo of Earth Was Taken From a Million Miles Away

An EPIC view of planet Earth 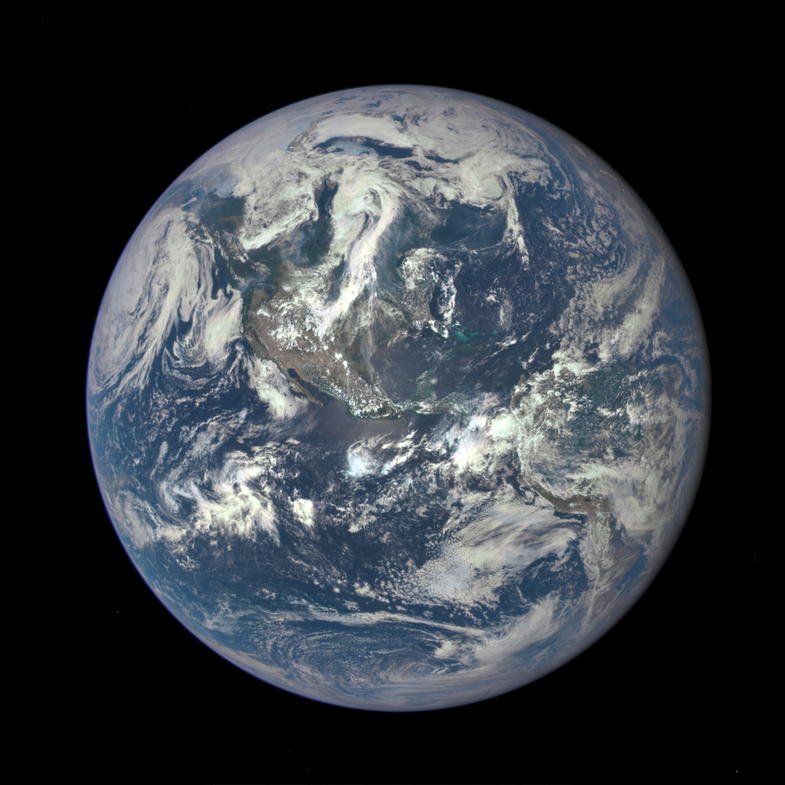 Yesterday NASA released a brand new picture of planet earth taken from a distance of one million miles. The Earth Polychromatic Imaging Camera (EPIC) that snapped our sunlit planet is the first camera of its kind and can capture the earth in one picture and is currently traveling on the Deep Space Climate Observatory (DSCOVR) satellite.

According to NASA, this first image shows the effect of sunlight being scattered by air molecules—which is why it is so blue. The team of EPIC scientists are already working on images that emphasize earth’s geography and eventually will be producing new images every day.

“The high quality of the EPIC images exceeded all of our expectations in resolution,” said Adam Szabo, a DSCOVR project scientist in a NASA press release. “The images clearly show desert sand structures, river systems and complex cloud patterns. There will be a huge wealth of new data for scientists to explore.”

EPIC isn’t just being used to create pretty pictures though, the data collected from the camera will also be able to measure ozone and aerosol levels, cloud height, vegetation and ultraviolet reflectivity.