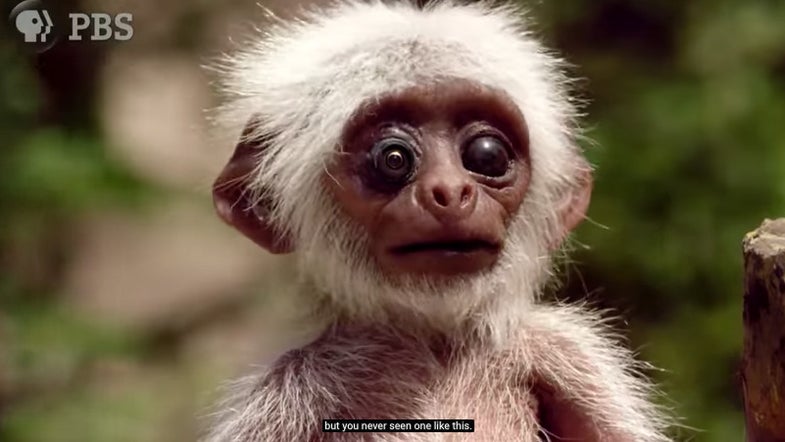 Nature photographers and videographers will go to some pretty crazy lengths to get a shot, but Spy in the Wild is a whole new level. The folks behind the series have actually created realistic animal robots with cameras built into their eyes in order to capture wildlife up-close and without humans to spook the animals.

The miniseries will premiere on February 1 on PBS stations and take a look at animals like hippos, orangutans, cobras, and my personal favorite, sloths. The robots are so realistic that the animals seem rather cool with their presence.

While we have seen projects somewhat like this in the past, these robots look extremely realistic and fall comfortably into the uncanny valley between robot and reality. When I first saw the trailer posted to Facebook, even just the thumbnail of that robotic monkey immediately struck me as a little creepy.

I’m actually really excited to see the rest of the footage and think this could be an awesome idea going forward. I can’t imagine how much work productivity would be lost if they started live streaming video from one of these to a Youtube page.