A photo can mean a lot, even if it's not much to look at 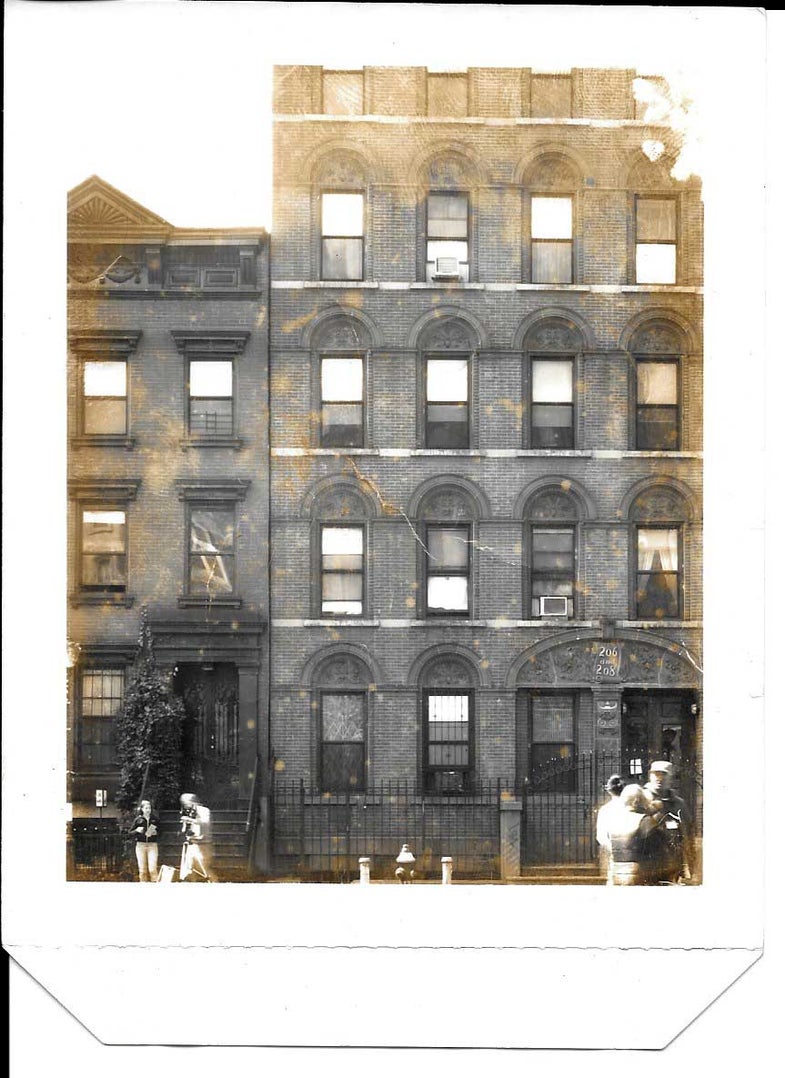 On a recent work-related road trip, my wife texted me a photo of this beat up old Polaroid she found in a box in her office. “Do you want this? It looks like an old photo of some buildings.” That’s exactly what it is. I texted her back immediately so she could set it aside for me. While the picture itself isn’t much to look at, it’s a very fond reminder of what went into its creation, and it sums up what I love about the photographic process.

I graduated college in 2004. A decade doesn’t seem like that long of a time, but photography has changed so much since then. Every photo class I took was taught on film cameras. We developed and printed our film in the dark room. We used handheld light meters because some of the medium format cameras didn’t have them built in. Saying all of that now makes it sound like this was 100 years ago, when in reality, we were already in the era of Facebook.

I shot the photo above in one of the first sessions of my advanced photography class. It was one of the first times I ever used a large format film camera. We spent several hours going over the lens movements and the set-up process before we headed out to the street.

The assignment was simple: Make a photo of some NYC buildings in which all the lines are straight. For those of you who are unfamiliar with this type of photography, the board that holds the camera’s lens can be moved independently of the film plane. Because of this, you can correct for all kinds of things in your photo, including the effect that makes buildings look skinnier at the top than they do at the bottom due to the relative distance from the lens.

I started setting up and I was immediately struggling. I was used to running around with a 35mm camera or maybe Pentax 67 medium format SLR. I rarely used a tripod and I had literally never used a cable release before. I never needed it. But now, it wasn’t an option.

I barely even composed the shot. I thought I would have no problem ripping off a quick, level shot, then moving on to something more exciting. After all, I didn’t want to shoot architecture, I wanted to photograph people and events.

An old Polaroid photo of me from the same class. Please excuse the insufferable pose and expression.

In total, it took roughly two hours to get a single correct frame. I made every mistake you could make. I forgot to pull the dark slide out so I had at least one totally blank sheet of film. I forgot to dial the aperture back down after focusing so I significantly overexposed at least one shot. I would get the lines right and then get the focus wrong during the adjustments. I got more frustrated and more determined with every wasted sheet of (even then, really expensive) instant film.

I was on the second to last sheet in my box of film when I got the result you see above. It’s still not perfect, but, at the time, I was thrilled with what I got when I pulled the sheets apart. Not only did I see the (mostly) straight buildings, but I saw all the work I had just put into it. I saw a process that made me slow down and think about what I was doing. I saw all the things I still had to learn about photography and all the things I already knew.

I showed it to the professor and he gave me a “well done.” It wasn’t going in any photo shows or museums, but I was surely going to stick it up on my own wall.

I forgot about that photo for a long time, but seeing it brought all those memories back. It hit at the perfect time, too, because I had just done a job where I had shot literally thousands of photos that were sitting on my hard drive waiting to be edited. The whole shoot hadn’t taken much longer than making this one photo.

I don’t want it to sound like I think things were objectively “better” back then. I liked film, but it also delivered its fair share of frustration. It also got me into the best shape of my life because I spent a lot of my food money on film and paper. But, current photo technology has allowed amazing–practically magical–things to happen in the world of photography. Still, digital cameras don’t age like film cameras do. If I were to pick up my old Sony Mavica, which recorded photos onto 3.5-inch floppy discs, it would be worth a laugh, but it wouldn’t be anything like loading up a roll of film and heading out onto the street.

The difference between something that’s obsolete and something that’s “classic” can change dramatically based on individual experience. We get sentimental about our tools the same way we do our toys.

Now, the photo is back up on my wall, deteriorated from the fact that it was shot on Polaroid film, which was never patricianly well-known for its longevity. When I’m in the middle of a marathon editing session, when I’m so sick of pictures I’d rather go do anything else, I think it will remind me of how much I really do love making photos.