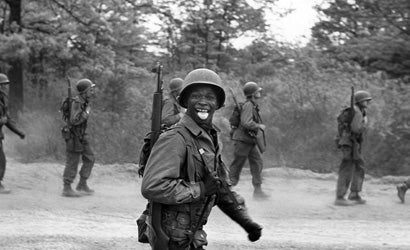 Paris-For those wanting to see the breadth and depth of photo reportage not reflected in mainstream newspapers and magazines look no further than the Visa pour l’Image festival of photojournalism, taking place in Perpignan, France Sept. 4-10.

This festival, now in its 18th year, offers nightly slideshows, dozens of exhibitions and a trade show floor where photographers, editors and industry professionals congregate and do business.

As usual, this year’s program reflects the unflinching eye of director Jean-Francois Leroy, who writes in the festival introduction: “The news in 2005/2006 has brought its grim harvest of bad news, wars, disasters, threats and bombings. For photojournalists, these are all stories that have to be reported, and Visa pour l’Image is duty bound to show them in Perpignan.”

Despites its dour subject matter, the festival’s professional week is a joyous occasion where old acquaintances are renewed, new friends made and business deals done. What follows are some of the festival highlights slated for this year.