Having a back-up strategy can save your sanity -- and your images. 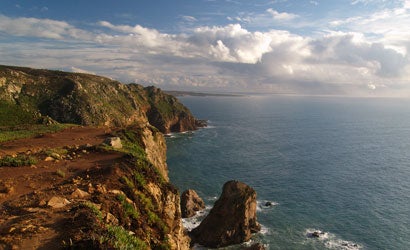 You just transferred some great shots to your hard drive, fired up Photoshop, clicked to open one of the files, and then … nothing. That hard working hard drive just took a hard dive, and you’ve lost everything on it.

It’s possible, sometimes, to pull data off a dead drive, but it’s a time-consuming and expensive process that can run into the thousands. Don’t take a chance. Instead, put together the right collection of equipment and a strategy that will let you make sure your images are always there, and at a price that doesn’t scare your bank account into hiding.

The first step isn’t looking at equipment, but at what you’re doing and what you need. Dan Lamont, a photojournalist and former director of the professional organization American Society of Media Photographers, says that smart storage starts with knowingly naming your files. “You can have the best damn backup system in the universe with an array of hard drives from here to Kansas and it isn’t going to do you any good if you don’t have a good file name protocol,” he says. Find names that a) are meaningful to you, b) will continue to have the same meaning, c) will be meaningful to anyone else who has to find something, and d) that will always be distinct from each other.

He starts with a number made from the full year, month, and day, and then adds a number from the memory card and ends it all with a three digit number representing the frame. Olympus Visionary and outdoor photographer Ian Macdonald-Smith starts with a place name, like White Sands National Park. Then he can add a date and image number. The point is not to be slavish, but to find a system that works for you and what you shoot.

Both also use digital asset management software to add keywords, categories, captions, and other information both to the image file and to a database, so finding something is fast.

“The [next] aspect of any storage strategy is identifying the lifecycle of your documents,” says David Barley, chief technology officer at Casdex Inc., an online secure storage provider. Every photo has its own degree of importance: some shots you could lose without a second thought, the disappearance of others might make you cry.

As importantly, you’ll need some image files for an extended time, and others might only be important for a few weeks, or even a few days. Your RAW files and edited master images? They stay indefinitely. But a low-res JPEG copy to e-mail to your friend in Katmandu can go once you’ve hit the send button. Projects you’re currently editing are close at hand; others you’ve finished with can be virtually packed away, so long as you knew where to find them later. The choices you could make eventually help determine how you set up your image backup and archiving.

The reason you separate out how you use images, how long you need them, and how frequently you need to access them is because you’re going to consider three basic types of storage: hot storage, offering constant access for current projects; near storage, readily available imagines on temporary hold or extra copies in case of an emergency; and cold storage, archived images available if you need them, but requiring you to get them back into the computer.

Hot and near storage mean hard drives for rapid access. For either an amateur or pro shooter, a hard drive could actually mean one of several things:

• Internal hard drives – These are the drives that are in your computer. Then tend to have the fastest connections to the computer, and so provide the best performance. But it’s more difficult to expand the storage you have, and that requires opening the computer and getting into the hardware.
• External drives – They sit in their own case and have their own power supply. You typically connect the drive to a USB or 1394/Firewire connector. The result is that the drive is available to your computer, but moving data on or off it will be slower than an internal drive.
• Network drives – Instead of connecting directly to your computer, these drives have an Ethernet port. Using an Ethernet cable, you connect them to a router or other network device. All computers on the network can then have access to the drive, though you can also restrict access, if you want.
• RAID arrays – Generally a type of network drive, RAID arrays use multiple drives and a variety of techniques to make it possible to recover all your data if one of the drives should fail. That gives you enough time to replace the one drive and to avoid losing any of your work. Photographers can use RAID 1 or RAID 5, according to Brian Verenkoff, product marketing manager of Buffalo Technologies. RAID 1 is mirroring: everything is written to two separate drives at the same time, one acting as a spare copy. RAID 5 uses three or more drives and a complex scheme which lets the remaining drives recreate all the information on one that crashes.

Photos going into cold storage actually come off the computer. That may be via CDs or DVDs, tape backup, removable hard drives, or a combination of any or all of them. You may no longer need to do anything to the images, having edited and printed or posted them, or you might want an additional copy of something that you also have on hot or near storage.

Graham Welland, who designs computer solutions for a subsidiary of Alcatel-Lucent, is also an amateur photographer who thinks of protecting data as a series of stages. On a photo trip, he transfers images to a digital wallet. At the end of the day or week, he’ll download them to a PC, where they sit on a RAID 5 array. If something goes wrong with one drive, he still has all his photos and has time to replace the defunct drive. He used to keep inexpensive external hard drives connected to his machine, but learned a lesson: cheap hardware can have short life spans.

Welland also backs up his RAID drive once a week onto a pair of 1 TB external hard drives. But he also has to be careful about exactly what he keeps. “Sometimes I might end up with five or six versions of the same image,” he says. “”When you’re talking about a 16 MB image, they get very big with [edited] layers.” For the extra security of another copy, Welland copies the images to external hard drives he keeps for the purpose. Ironically, they are the same type as the ones that failed, but he feels that because they aren’t in constant use, they are probably fine.

Having the extra copy can make all the difference. “I actually had a situation not too long ago where somebody in the office — I don’t know whether it was me or an assistant — dumped a client folder, thinking it was a copy,” Lamont remembers. “Fortunately I had it all on DVD and we just reloaded it.” He uses both removable hard drives — each marked with the dates of work on them — and DVDs for extra security.

But although many people depend to some degree on CDs, DVDs, or even tape drives, those solutions pose a couple of problems. The media all have finite shelf lives. There are studies suggesting that CDs and DVDs, for example, could last as long as 25 years, but no one really knows for certain, and as tapes get older they stretch and grow brittle. The other issue is considering how quickly entire technologies come and go. Who’s to say that in ten years you could find something that could read the data from a DVD? “They’re [already] finding that first generation CDs are starting to go,” says Verenkoff. Online storage might sound tempting, and it can be, but not for huge amounts of storage that could make even your broadband connection seem like a dial-up modem.

That means any archives you keep need periodic refreshing. Every five years or so, you’d need to take images from the old archive materials and move them to new ones — either using a recent technology, or the same technology as the previous archive, if still supported. “It’s a time and money thing — how much do you want to spend and how much time do you want to devote?” Verenkoff asks.

Even with all these precautions, you can still face a problem. Storage media, particularly as they get older, can start having errors. That means you could find problems in an image even if you’ve religiously backed it up. All you can do then is use a similar copy from another backup and hope that it will have a good version, underlining the idea that there is safety in numbers — and in back-ups.

–Erik Sherman is a freelance writer and photographer based in western Massachusetts. One of his recent books is the Complete Idiots Guide to Canon EOS Digital Cameras.