Some of the top photographers in the business, and a few models too, turned out for the International Center of Photography's annual Infinity Awards, one of the glitziest nights in photography. 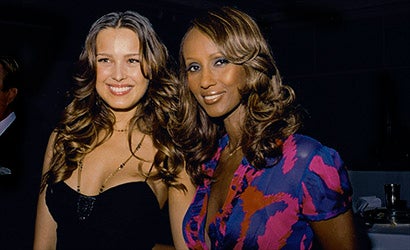 The International Center of Photography held its 22nd annual Infinity Awards ceremony on May 15 at Pier 60 in New York City. The event drew a crowd of photography’s A-listers and other celebrities, including the two masters honored this years, Don McCullin, who received the Cornell Capa Award and Lee Friedlander, who was given ICP’s Lifetime Achievement Award. Other winners included Thomas Ruff (art); Yuri Kozyrev (photojournalism); Steven Meisel (applied photography); and Ahmet Polat (young photographer).

Among those who attended were photographers Harry Benson, James Nachtwey, and Walter Iooss; fashion photographers Sante D’Orazio and Mario Sorrenti; models Petra Nemcova and Iman; and CBS newsman Steve Kroft, who served as host for the evening.