PETA loves animals almost as much as they love publicity. Almost 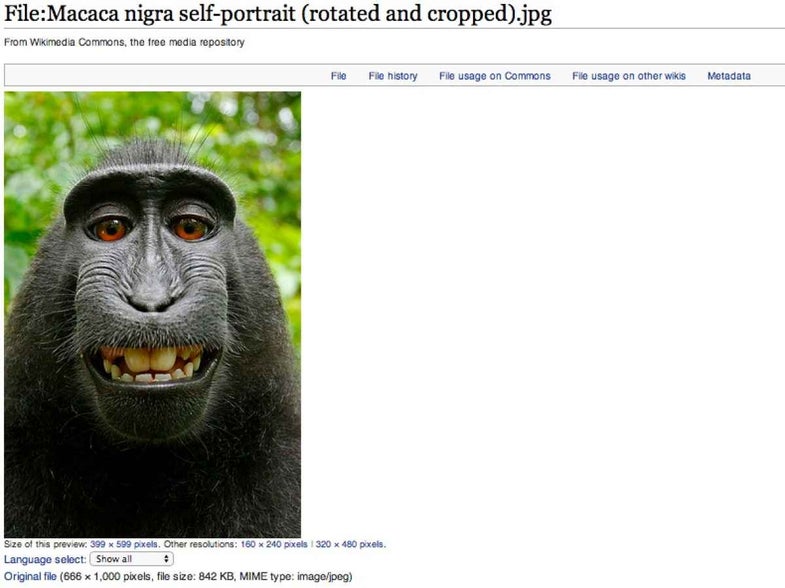 [UPDATE 1/8/2016: Predictably, a judge found it ridiculous for a monkey to own copyright and hopefully we never have to hear about this ever again. – SH]

By now, we should all be used to the wacky shenanigans carried out by PETA. To some, the organization is a constant source of bad joke fodder (your dad probably really loves that People Eating Tasty Animals joke), and to some, they’re crusaders for animal rights. What’s certain, however, is that PETA is truly fantastic at generating PR and media attention, which is exactly what they’re doing in the case of David Slater’s monkey selfie.

This week, PETA took legal action on behalf of an Indonesian primate named Naruto who took several “selfie” photos with a camera that was set up by Slater. The images were actually pretty great, but some people—likely those hoping to publish the images without paying Slater for his efforts—were quick to point out that he didn’t trigger the shutter. And, since he didn’t take the pictures, he didn’t own them, which meant they were fair game for all kinds of re-posting.

The fracas died down for quite a while, but now PETA is dredging the case back up, bringing official legal action that claims the macaque owns the photos and the money from the licensing should go to help other macaques via preservation funds.

On the surface, it seems like a bunch of crazy people trying to claim that monkeys have the same intellectual property rights at humans, but in reality it seems like just another publicity stunt. The likely outcome in a case like this is that the photographer ends up making a donation to the preservation of the animals and PETA drops the case having achieved an acceptable level of public spectacle.

For it to go this far is actually a little troubling since PETA has the funding of their backers to keep frivolous things like this afloat, while Slater is a photographer who will presumably be footing the legal bills on his own. And while I actually agree that our general attitude towards animals could often use an adjustment, things like this seem to hurt the cause more than support it. It’s tough for someone to make a reasonable argument for the better treatment of animals when sensationalist stuff like this clogs up so much of the spotlight.