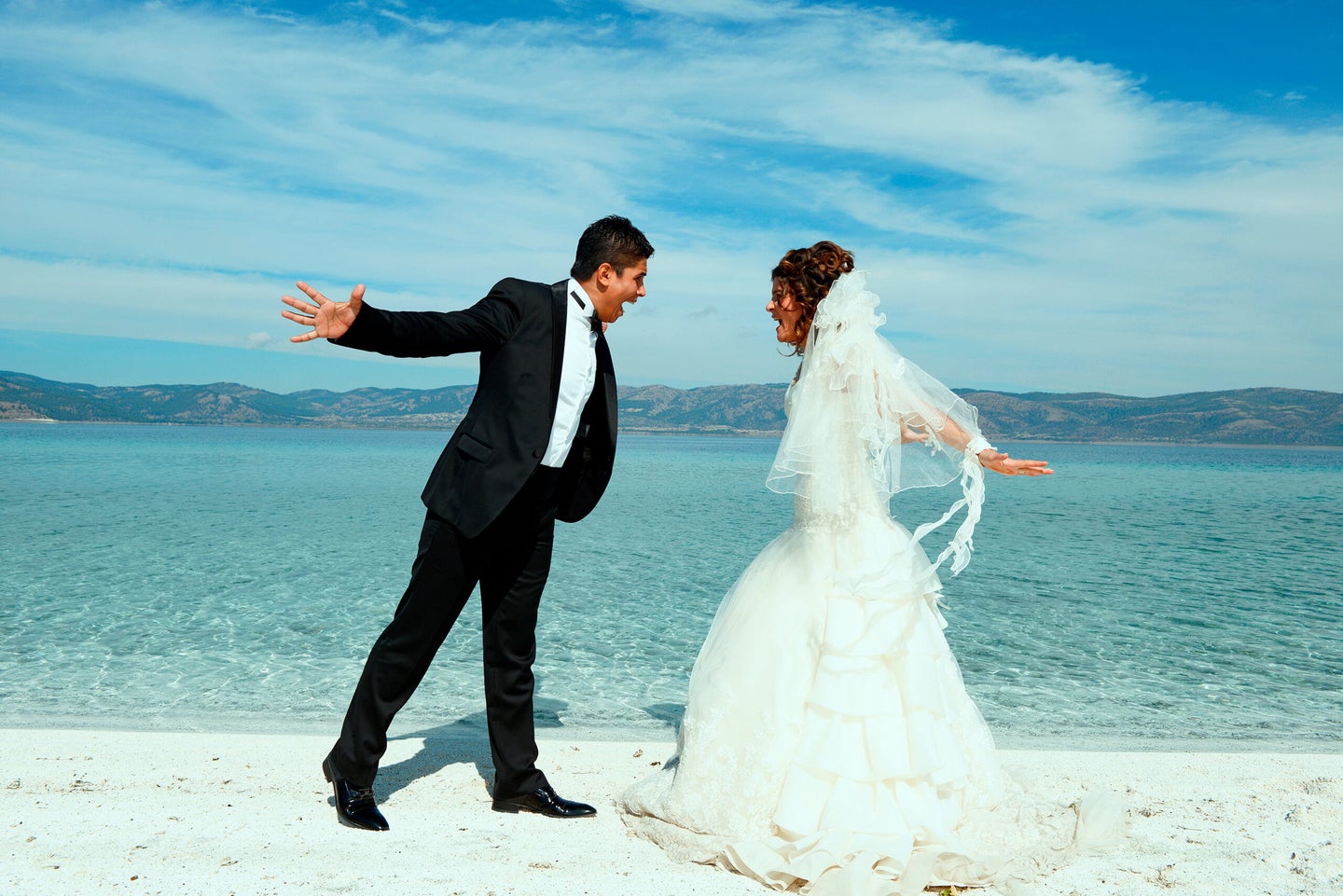 Wedding photographers witness a lot of nuptials, so it’s not surprising that some of them have strong opinions about what makes for a successful marriage. In a TikTok video that’s gone viral, Arkansas-based wedding photographer Shayla Herrington talks about three things that another photographer she’s shot with swears mean a marriage won’t last.

More than three family photos without the other spouse

During the family photo shoot, wedding photographers get a great opportunity to see how family dynamics play out.

According to Herrington, one big red flag that pops up here is when one spouse is looking for more than a handful of family photos without the other. “You might get a few alone with your mom and dad, but to kick them out of more than three photos just seems a little suspicious,” she explains.

Similarly, wedding photographers get the real fly-on-the-wall experience when everyone is preparing for the ceremony.

Herrington claims that if the bridesmaids or groomsmen avoid talking about their friend’s spouse while getting ready, it’s a really bad sign. “That’s typically because they don’t like them,” she says.

Also, wedding guests can see this in action for themselves, if the bridesmaids or groomsmen don’t mention the spouse in their toasts.

Not spending time together

Finally, Herrington’s third indicator of trouble is when one spouse spends more time at the reception hanging out with friends or family than with the other spouse.

This is the red flag I have the most quibbles with, though. And it comes from my experience at Irish and Scottish weddings which, I believe, have more of a party atmosphere than some North American receptions. Big weddings can often be the only chance for the bride or groom to spend time with friends or family who live far away. And so it only makes sense that they’d work the room a bit.

And, of course, if any or all of these things happened at your wedding, it certainly doesn’t mean your marriage is doomed. We’re sure there are plenty of weddings where all three warning signs occur, that still happily last. Likewise, we’re sure there are others where the two spouses are inseparable at the reception but split up a few months later.

Still, it’s always interesting to hear a good theory on love—even if we don’t necessarily endorse it.