Video: You Should Watch This Timelapse of Alaska’s Northern Lights

The Aurora Borealis is looking really good in this short film 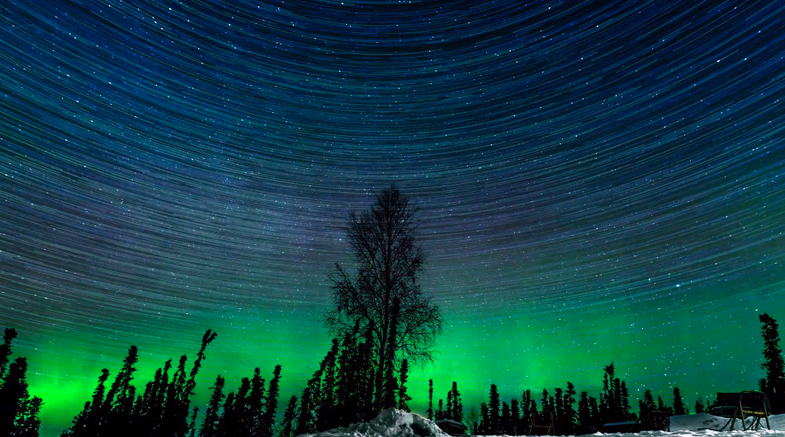 Astrophotography is an increasingly popular way to capture the beauty of our natural world and this short film from Alexis Coram shows exactly why.

To capture the awesome footage that makes up this timelapse, Coram spent four nights outside of Fairbanks, Alaska in February. “Two of those nights were entirely overcast and not a light could be seen,” she writes in the video’s description on Vimeo. “The other two nights were electrifying. I stood outside for hours, shooting and gazing in awe at the orchestral dance above and around me.”