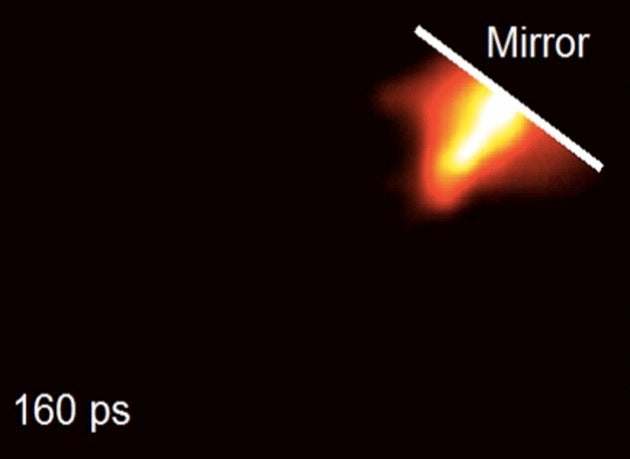 The video above is a rather amazing TED talk by Ramesh Raskar, who is one of the leading researchers in the field. He does some amazing demos of light actually moving in slow motion through a coke bottle. That might not sound mind-bendingly awesome, until you remember that light travels at roughly 186,000 miles per second. In fact, at one point, he explains that if you were to watch a video of a regular bullet traveling the same distance at that frame rate, it would take an entire year. That’s insane.

While this isn’t necessarily practical to us photography enthusiasts who are out trying to fight lens flare with our DSLRs, it does hint at some amazing camera technology to come. Now, tiny GoPro cameras can shoot 4K video at 30 fps, which was unheard of just a few years ago. It’s truly amazing to think of what’s possible in imaging and we can’t wait to see what comes next.