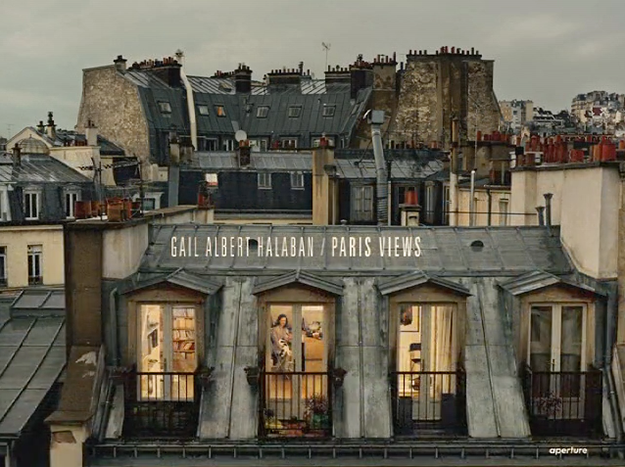 “At first I know it sounds kind of creepy,” says photographer Gail Albert Halaban. “I like to look into people’s windows.”

Following a 2009 series of photographs peering into the apartments of her neighbors in New York, Out My Window, Halaban landed an invitation from M, the magazine section of Le Monde, to come to Paris to continue the work.

The American photographer shoots from one residence into another capturing candid, painterly, Edward Hopper-like scenes of domestic life. Since the subjects seem unaware of the camera as they go about their daily lives, many viewers’ gut reaction is not only to question the work’s voyeristic intentions and value as art, but its legality. Paris is known to have far more privacy restrictions on photographers than anywhere in the U.S.

Halaban admits she always gets prior consent from the people she plans to photograph and the hosts for her vantage point. She avoids telephoto lenses and uses a focal length that approximates the normal window watcher’s view.

“The process of making the photographs connects neighbor to neighbor creating community against the loneliness and overpowering scale of the city,” she says, hoping her new book Paris Views, which comes out this month, inspires others to follow suit.