The camera didn't survive, but the footage did 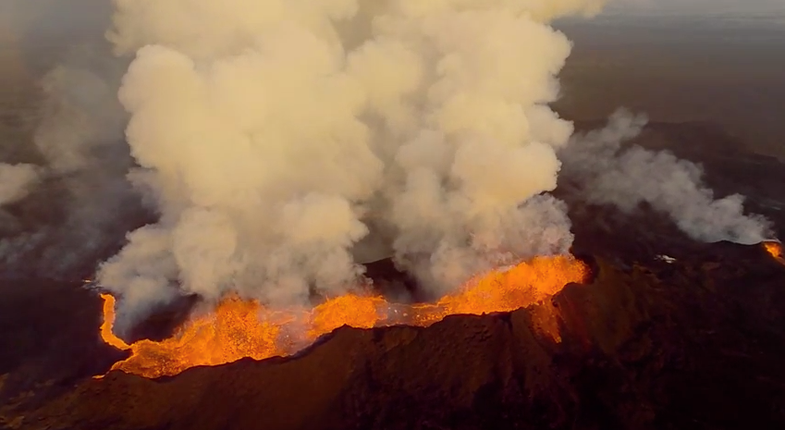 Eric Cheng is a boss when it comes to drone photography and cinematography. His latest footage is a fantastic look at an erupting volcano in Iceland. Cheng, now working for drone company DJI, took his flying photography rig and brought it to Holuhraun lava field, where an eruption had been going on for about a month.

He then took a stock DJI phantom with a local recording device and sent it flying over the lava. He got close enough to the hot lava that the heat actually melted the front of the GoPro camera he was using to capture the footage, but it luckily didn’t cook the memory card.

The footage looks amazing, but this speaks to an argument that I have been seeing on the web lately where people call drone photography “lazy.” Setting up these shots took an incredible amount of work and technical know-how, just as it would with a more traditional camera setup. Only in this case, we never would have been able to get this kind of shot without the assistance of a drone or possibly a crazy expensive helicopter ride.