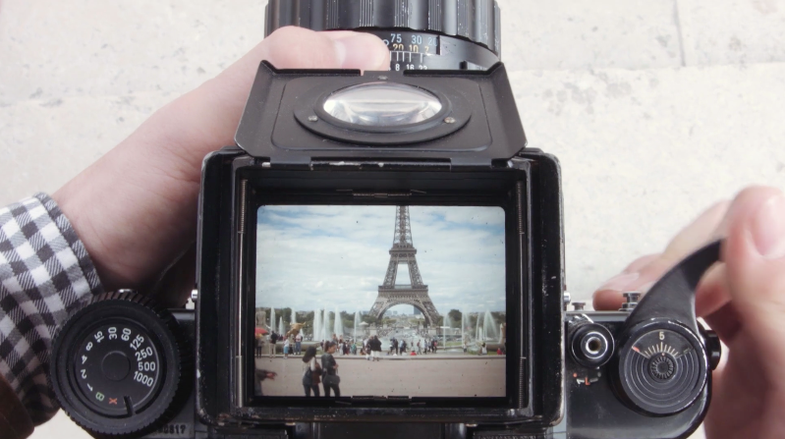 A still from "Paris Through Pentax," by Maison Carnot.
SHARE

The video features some common, and other more unexpected scenes from the French capital all framed with the viewfinder of the Pentax 67 medium format camera, first introcuded in 1969. Using some lumber, tape and cardboard, filmmakers Mathieu Maury and Antoine Pai made a custom rig to fix a Blackmagic Pocket Cinema Camera over the Pentax, they explained to Fstoppers.

“It just seemed obvious to us when the two cameras were lying together on the table.” Pai said. “The depth and beauty from the Pentax is just hypnotizing.”