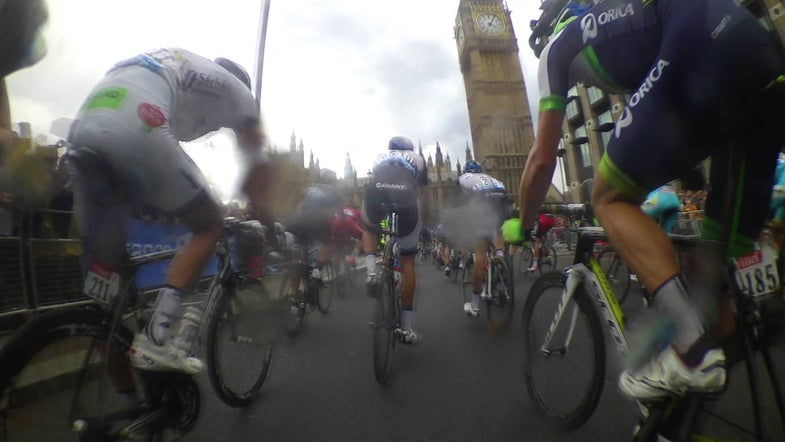 This year’s Tour De France has seen a new addition to the rigorously designed and controlled cycle frames that the athletes ride in the world’s most prominent bicycle race: cameras. That’s right, for the first time, the bikes have cameras loaded on them, and you can see just how intense and exciting the race is from the middle of the pack.

This May, the International Cycling Union gave the thumb’s up for on-board cameras for the first time, during the smaller Tour of California, which resulted in an immensely popular video of the race’s finish. Now each team has their own camera system set up, giving us a glimpse into how their racers are doing, like some of the ones you can see below, or these ones from Team Giant-Shimano.

While GoPro may be the most common name when you think of action cameras, unusually, they’re not the ones being used for this race. According to the New York Times, eight of the teams are using a Shimano action camera (including non-Shimano teams), and Team Garmin-Sharp has their own recording setup.

The cameras are placed either under the handlebars facing forward, or behind the seat, facing back. Since they last about two hours on a charge, it’s up to the rider to decide when to turn them on—but if the videos we’ve seen so far are any indication, there’s always plenty of action to be seen.

If this whole post left you scratching your head, you’re probably not alone. After all, mountain bikers and cyclists have been using action cameras for, well, as long as there has been action cameras. In the world of competitive bike racing, though, even the smallest amount of weight can be a significant addition, and at 3 oz., the cameras are substantial. But, the benefits seem to outweigh the added grams for the teams, which is just further proof that cameras really are awesome.