With just 10 square feet of space, it gets cramped very quickly 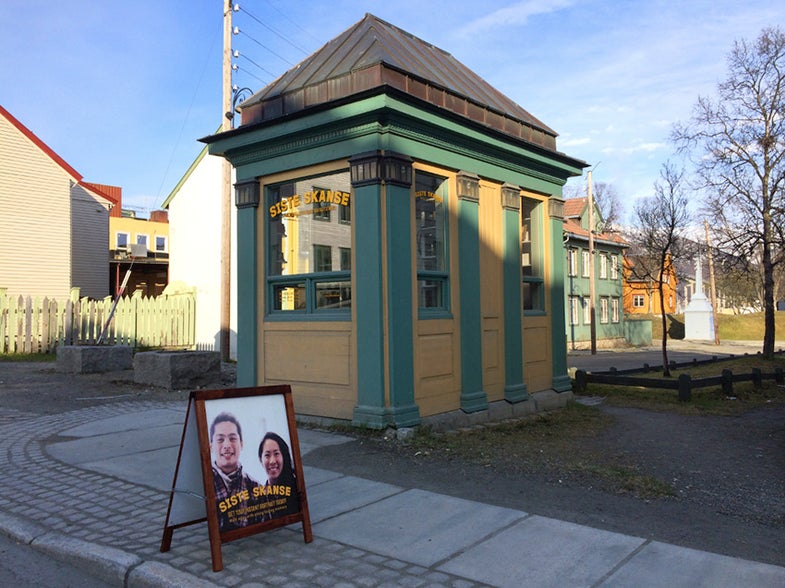 If you ever find yourself wandering the streets of Tromsø, Norway, you may find a tiny little freestanding building on Skippergata. And if you happen to be there between noon and 2 or 3pm on the weekend, this converted newspaper kiosk might just open its door, revealing what’s billed as the “World’s Smallest Instant Photo Studio”.

Siste Skanse is the work of photographer Kristian Gundersen, who has converted an abandoned, century old newspaper kiosk into this tiny portrait studio. With a name that roughly translates as “The Last Stand”, it has just 10 square feet of floor space, which makes is astonishing that they’ve managed to fit 10 people within the space.

While it’s arguable if it actually is the “world’s smallest” (we’re sure someone out there is shooting in the backseat of a car or something similar), squeezing a full instant photo studio in such a tiny spot is still a remarkable feat. Film’s Not Dead interviewed Gundersen, and it’s a fantastic look at his love of analog photography, how he transformed the space, and what it’s like to shoot in the winter that far North (hint: it’s very cold).

So next time you happen to be in the Arctic Circle, you know there’s at least one place you could get an impromptu portrait session.