thereallifephotofilter (even though brown tinted lenses have been around for a long, long time) 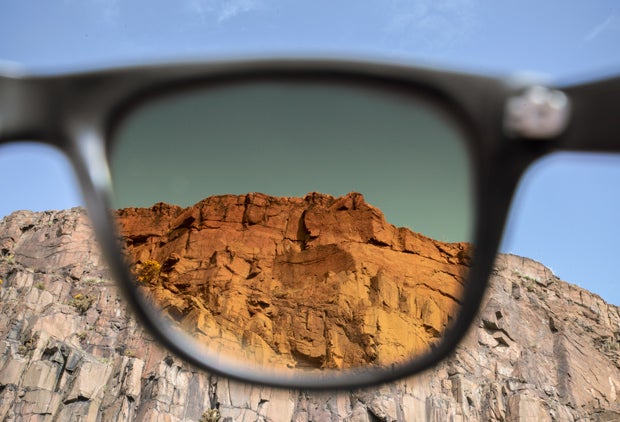 Perhaps the biggest influence that Instagram (and its ilk) have wrought on the world is the obsession with filtered images. Now, a newly formed sunglasses company is trying to leverage that whole concept of “filters” into some backing for its Indiegogo campaign—but we’re left wondering if there’s actually anything new here.

The company is called Tens, and it’s billing its sunglasses as “The Real Life Photo Filter” (with or without a hashtag), and its initial production run will be a set of four different matte framed, wayfarer-style sunglasses with a warm tinted lens. As they describe it “Tens is defined by the idea of filtering the things you see through our custom, sense-heightening lens tint. Whilst typical sunglasses block out the light with desaturated, cold colours; Tens work with the warmth of the sun to lend an uplifting tint to the world beyond the lens.”

The thing is, if you’ve ever spent much time sunglasses shopping, you’ll know that brown tinted lenses are hardly a new idea—and if you’ve ever worn a pair, you’ll already be more than aware of the warm hue they put over everything you look at. If you want to go old school, Ray-Ban has long offered brown lenses, and the various attributes of different colored lenses is the subject of much debate. There were even those dreadful “HD Vision” infomercial sunglasses.

So what makes the Tens lens different from a traditional tinted lens? Frankly, we’re not sure. They claim that “It’s taken us almost three years to achieve the perfect lens”, but what that really means? We have no idea. And we’re not convinced that the £36 ($60 USD) glasses will do much more than any other set of colored lenses.