IMGembed Claims 85% of Images on the Web are Stolen, Wants to Fix It

According to IMGembed, the vast majority of photos on the internet aren't okayed, or even sourced 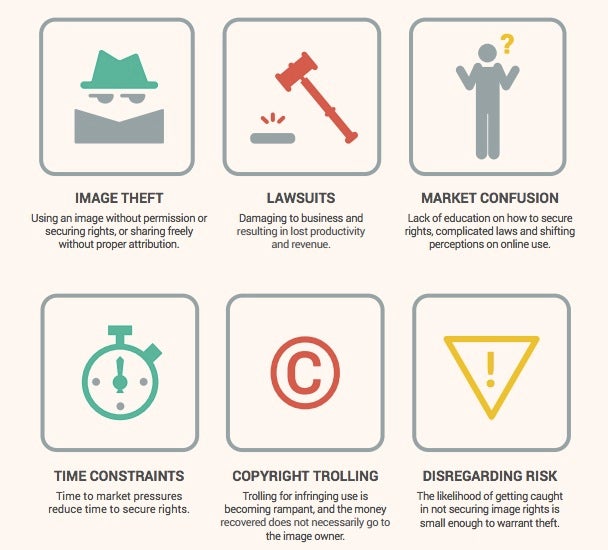 It should hardly come as a surprise, but the overwhelming majority of images that are used online are being used illegally. Between Tumblr, blog posts, Twitter, imgur, and a host of unsavory corners of the web, most of the photos that get uploaded are taken from somewhere without permission. Now, licensing and embedding tool IMGembed has a released a white paper saying that the number is 85%, and offering its own services as a way to help limit it.

Frankly, the 85% number even sound conservative, and the report doesn’t indicate how this number was generated. But it does identify a number of reasons for the widespread misuse of photos, citing market confusion, time constraints, copyright trolling, and low risk as being major contributors.

IMGembed is a service that allows photographers a substantial amount of control over how their image is used, and what rates they get for it. Rather than just having an image that can be downloaded, and easily stolen, it instead generates an embeddable HTML code. It does have a suite of free images for use too, but those are usually limited to just 10,000 impressions.

IMGembed can be seen as part of a larger trend towards major image hosting and licensing sites moving towards embedded image tools rather than straight downloads. Flickr has recently overhauled its embedding function, plus there are tools like Stipple. And let’s not forget Getty’s recent move to make its entire archive available to embed.

However, many websites still aren’t set up to properly use embedded images. Our own CMS, for example, requires an image file to generate a thumbnail on the front page—which we wouldn’t be able to get from one of these services.