Remote shooting with an iPhone camera? Sure, why not? 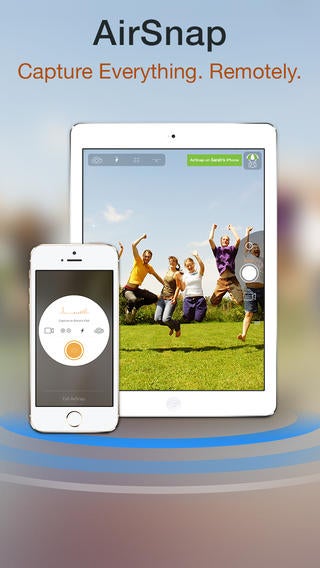 Camera Plus (not to be confused with the more well-known and similarly named Camera+) has just rolled out a new feature called AirSnap, and it’ll turn your iOS device into a remote control for shooting an image from someone else’s phone.

It’s a concept we’ve seen spread to Wi-Fi enabled cameras for a while now—you can just pull out the official Canon or Sony or Olympus app, and control your camera remotely so that you don’t have to be behind the lens to make it work. With Camera Plus, it’s the same sort of idea. Both iOS devices need to be running the Camera Plus app, and both either setup for Wi-Fi or Bluetooth. WIth that, one can be set up as the trigger, and one as the camera. So you can set up an iPhone to take a photo of a big group of all your friends, and then actually hit the shutter when you’re with them.

As you’d expect, the full suite of shooting controls (or, as much as there ever are with iOS) are part and parcel of the remote control. You see what the camera sees, can choose which camera to use, and opt whether or not to use the flash.

However, the app is not free, and will set you back $0.99. You also need to have it setup on each of the devices you want to use, so you’ll be down at least a couple of bucks to take advantage of this new tool. But at least now, you’ll always be in the group photos!