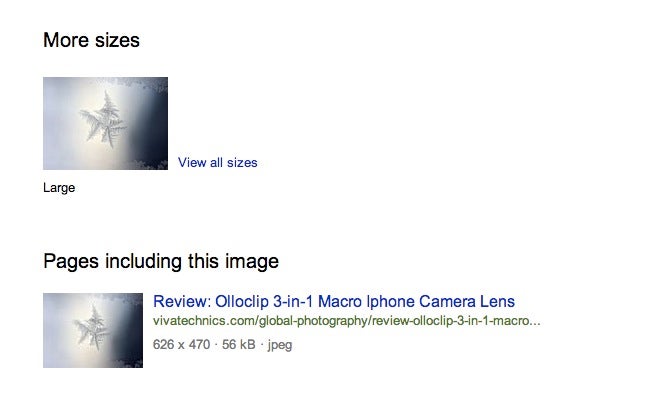 Microsoft’s search engine Bing has rolled out a new feature called Image Match, catching up to what Google rolled out two years ago with its Search By Image tool. As with the Google version, the Bing Image Match button pops up when you image search for a subject, and will show you results of the same image, but at multiple different sizes from around the web.

If you already have an image, and want to track down its source (or see where else online it’s being used), you can also use Image Match by pasting in a specific image URL, or else uploading a file from your computer.

If you haven’t encountered the Google version of this trick (sometimes also known as “reverse image search”), it’s actually extremely useful. Photographers can use it to quickly see if their photos are being shared anywhere they’re not aware of; or you can use it to track down more information about an image that you found, if you don’t know the original provenance.

However, one area Google still does differently is that Seach By Image won’t just bring up multiple instances of the same image, but will also show you other, visually similar photos, too.

So if you’ve ever wondered where that one image that’s been sitting on your hard drive for the last five years actually came from, throw on Bing Image Match, and maybe you’ll find out. If not, you could always try Google and TinEye, too.