UltimEyes App Claims It Can Improve Your vision

All the better to spot subjects off in the distance 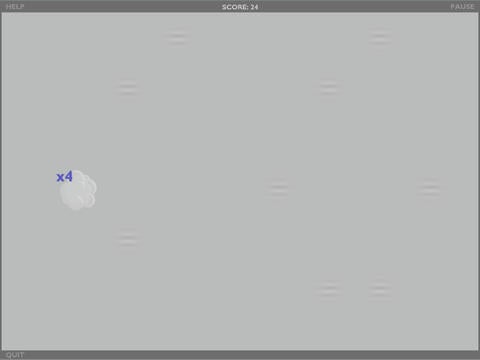 If you find yourself spending a bit too much time squinting into the distance, trying to make out what exactly it is you’re looking at, there may be an application that can offer you some relief—without ever needing to set foot inside a doctor’s office. By targeting the brain’s ability to interpret visual input rather than your eyes, UltimEyes could dramatically improve your vision. Assuming that it works as billed, that is.

UltimEyes is the brainchild of Aaron Seitz, a neuroscientist at the University of California, Riverside, and was recently used for a research paper published in the journal _Current Biology._ Seitz used the app (which is available for Mac, PC, and iPad) to work with a cadre of 19 baseball players to improve their vision. Of those that tried the program, they could see an average of 31% further than they could before the process.

UltimEyes works by having you undertake a 25-minute session, four times a week, for a total of eight weeks. It has you identify fuzzy spots called “Gabor stimuli”, which essentially trains your brain to identify to process out of focus subjects more efficiently. In an interview with Popular Mechanics, Seitz said, “within the last decade or so we’ve started to learn that brain fitness is a bit akin to physical fitness. If we exercise our brain in the proper ways, pretty much everything that the brain does should be able to be improved.”

Some of the baseball players saw dramatic results, getting their vision up to a whopping 20/7.5—so what most people could see at 7.5 feet, they could see at 20.

However, there’s still a lot of questions about this study, and the method. The published article has a relatively small number of participants, and the long term efficacy of the technique isn’t known. But if you do want to delve into it a bit more, both the author of the Popular Mechanics piece, and Seitz himself, popped up in a recent Reddit thread to answer questions about it—including delving a lot more into the technical side of how it works.

The app itself also seems a bit problematic, as it’s iPad only on mobile for now, and there have been widespread complaints of it not loading properly or frequently crashing. But for a comparatively low outlay of $5.99, and a couple of hours a week, we’re willing to bet that more than a few people would be willing to give it a shot.