How Criterion Fixes Up Classic Films For Their Collection

From color correction all the way to tweaking the sound, every frame of a Criterion film gets touched up 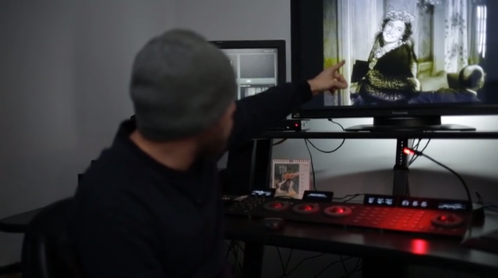 For film buffs, the Criterion Collection is regarded as something of a pinnacle of the art of restoration. Classic films brought to peak condition through painstaking retouching and editing. But, with more than 750 films in the collection, have you ever wondered what actually goes into prepping a film for a Criterion release? Gizmodo recently took a crew to the Criterion headquarters in New York, and followed them as they fixed up Hitchcock’s Foreign Correspondent.

The first step is finding the highest quality version of the work that they can to begin with—in this case, they were lucky enough that a film negative was filed at the Library of Congress. From there, it’s digitization, which takes a couple of days at 2K resolution, but around a week to scan a 90 minute film at 4K. Each frame of film is digitized, and transferred to the editing suites, where it’s color corrected, and film damage is touched up.

There’s definitely an artist’s touch required in the editing, especially the color correction. Due to the quality of the prints, the retouchers have to make decisions about how to most accurately restore the film to its original condition, or what the director intended. That’s a difficult task to undertake, one that involves interpreting the plans of the cinematographer and director (just think how badly wrong retouching can go).

The video also shows the editing that goes on to clean up the audio track, and then the design process for Criterion’s incredible cover sets.

All told its an intriguing look at what goes into taking these famous films, and bringing them to the best possible quality on your screen.