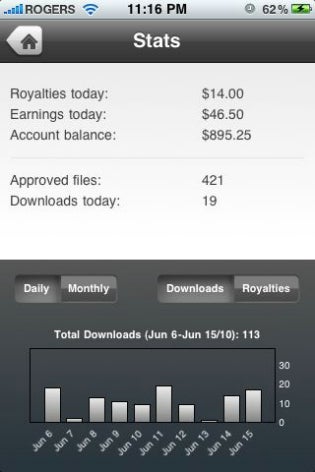 A group of thousands of photographers on iStock were informed earlier this year that Getty had overpaid them, and that over the next six months they’ll have to pay back the difference—leaving many of them in a lurch.

The earliest signs of the issues popped up late last year, with indications that there were mispayments in October and November to some 25,000 contributors to the iStock stock photography site. This number was eventually lowered to 9,000 individuals, who are now facing having to pay back amounts ranging for a few dollars to thousands, depending on how popular their images were.

iStock contributers were greeted with emails like this, saying:

As much as this is horrible for the photographers, unfortunately Getty is probably in the right to be able to require repayment if they overpaid to begin with (though we’re not lawyers, and it may depend on where you’re located). But the real problem is that the whole situation is opaque. Photographers rely on Getty to tell them how many of their images were downloaded and used, so it’s not like they were invoicing Getty for services, and the company overpaid. They took Getty’s word on how much they should receive, and then received it. There was no opportunity for the photographers to check the numbers or to make sure everything was above board.

Going on from that, there has been no explanation of what was the cause of the mispayment, or more specific information about what went wrong. Instead, the photographers are just blanket given an email saying they owe a certain amount—without any proof or real explanation. It’s hardly a surprise that those who have been hit are feeling angered and frustrated by how Getty is dealing with what amounts to their own screwup.