These Life-Sized Portraits Were Made With a Desktop Scanner

Strangely distorted, yet perfectly to scale 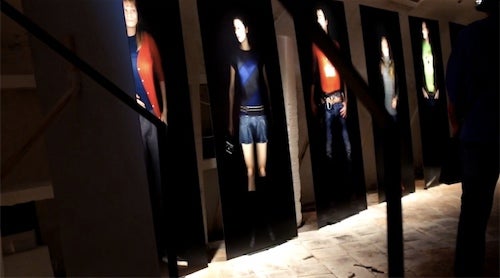 Swiss photographer Till Könneker has taken a very interesting approach to portrait photography. Moving away from more standard methods, he’s recorded lifesize images of his friends and family by repurposing a desktop scanner to capture their entire bodies.

In order to construc a full-body image, Koeeneker inverted the usual way of using a scanner. Rather than have each person stick one part of their body at a time above the scanning mechanism, he had the scanner on a wooden scaffold, suspended just above his subjects. So people would lie down, and he’d slowly scan over their entire body, piece by piece, then stitching together the image in post.

The resulting images are both true to life, but more than a little unreal. The scans capture incredibly sharp detail (as you can see in some of the images on his site), but end up with distortions and bizarre shapes, as they’re designed to have a very short focusing distance. The images end up almost looking like old video game characters, where full body photographs were stitched onto rudimentary 3D models. Very detailed, but at the same time bizarrely flat.

Using scanners for photography (the aptly named practice of scanography) is hardly new, but it’s the fact that Koeeneker is doing it for an entire body that’s so impressive.

My reality 1:1 from René Stalder on Vimeo.