Horizon App Prevents The Abomination That Is Vertical Smartphone Video

Or you could just, you know, hold your phone sideways 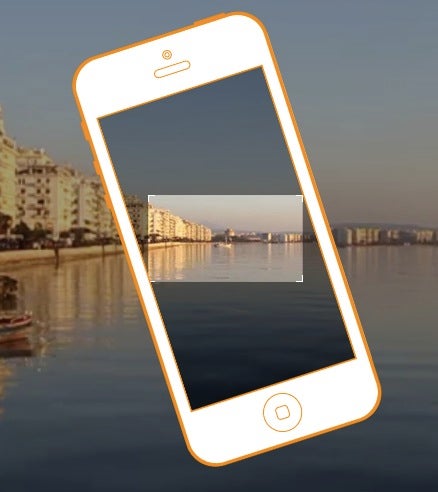 We’ve all seen it. Someone shooting a video with their phone held in portrait mode, losing a good three quarters of the available space when the file’s uploaded to YouTube (or wherever). Widely mocked but even more widely spread, a new iPhone app is aiming to make sure you always shoot in landscape mode—regardless of how you hold your phone.

The app’s called Horizon, and as of right now it’s available on the App Store for a cool $0.99. Horizon’s real trick is that even when you’re holding your iPhone vertically, it crops the video feed to landscape orientation. Then, as you rotate the camera, the crop area changes, keeping the proportions no matter how you hold the phone. Essentially, a digital zoom.

The irony of the situation is that if know that this is a problem, you’re probably aware enough to just hold your iPhone sideways, rather than dropping a buck on an app. Though I suppose you could also use it for essentially zooming in and out on the action, and keeping the aspect ratio the same. It might come in handy if you just prefer holding your phone vertically or if you want to install it on your friend’s phone to prevent him or her from committing this horrible act against video quality.