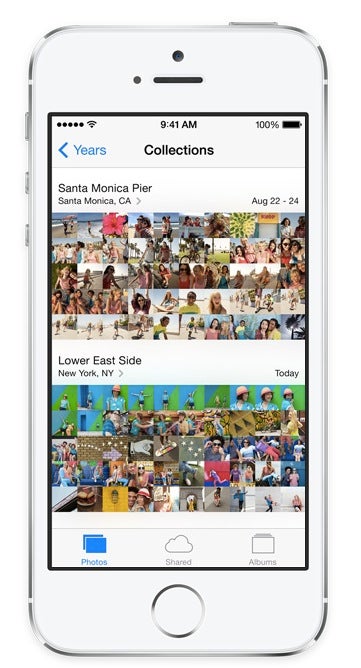 With iOS 7, Apple rolled out a new way of organizing photos on iOS, dividing them into years, collections, and moments. But a new patent awarded to the company could create another way of digging through your images, by tagging and searching through them with your voice.

The patent is for “Voice-Based Image Tagging and Searching”, and would use Apple’s popular Siri to let you tag and search your images just by using natural language. So you would simply describe your image to Siri — saying it’s “me at the Grand Canyon” or “Sue at her Christmas party”, and the technology would tag the photos based on your words, facial recognition, scene recognition, location data, and time of the photograph.

After that, it would just be a matter of asking Siri to find photos of a person, of a place, or of an event, and the technology would be able to parse that information to deliver you the appropriate results.

As always, just because it’s been patented doesn’t mean it’ll actually come to market. Sometimes patented technology never hits the point where it’s ready for market, or else it’s only defensive technology. But with Apple’s long running push to integrate Siri into our lives, using her to help you organize your photos doesn’t seem too far fetched.