Even though the accusations against this year's winners were eventually disproved, next year's rules will be more strict 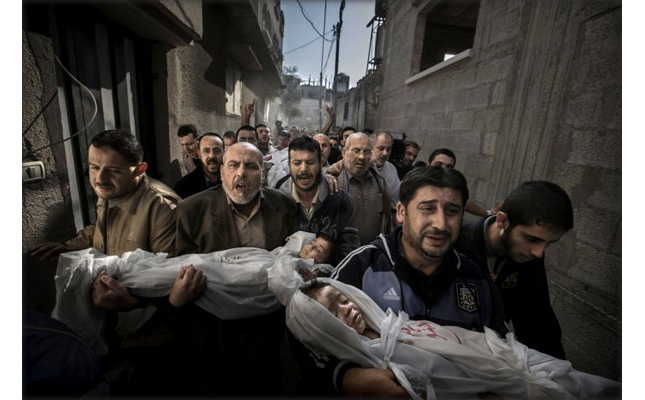 Earlier this year, the the World Press Photo Awards winner was the target of a scandal, with widespread claims of the final image being overly manipulated. While an expert outside judge eventually ruled that it was within the bounds of the contest, next year’s entrants into the competition are likely to face more stringent rules.

The 2013 winning photo by Paul Hansen of a funeral procession in Palestine was loudly accused of being “photoshopped”. Due to the controversy, an expert was brought in, who ruled:

World Press Photo has now released the first round of information about the 2014 competition, and it looks as though the rules will be more stringent. The organization has named Gary Knight to chair the 2014 round, and states:

So we won’t know more about the specifics until the competition opens in December, but people considering entering would do well to keep a very close eye on the fine print. If an image can be brought under such scrutiny for dodging and burning, it’ll be interesting to see what the new regulations will and won’t allow.