South Africa's Greg du Toit has netted himself the top award, with India's Udayan Rao Pawar winning the title of "Young Wildlife Photographer of the Year" 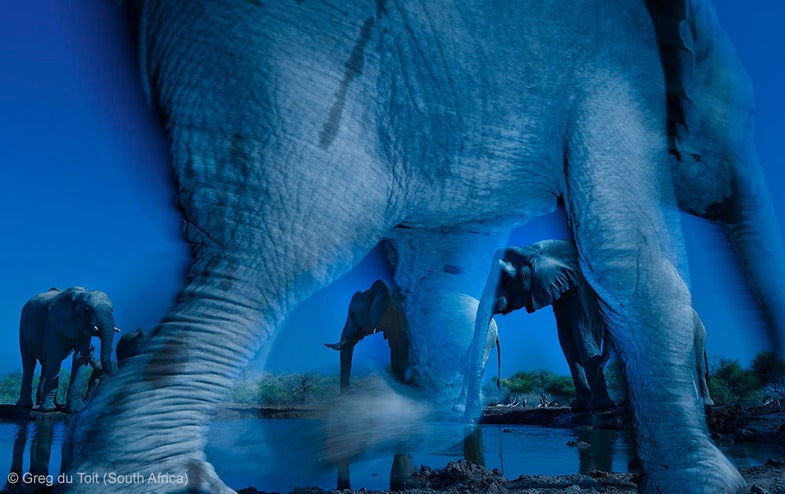 The British Natural History Museum has announced the winners of its annual “Wildlife Photographer of the Year” competition, awarding prizes to an array of both adult and youth photographers who have proved their skill at shooting nature.

This year’s “Wildlife Photographer of the Year” and winner of the £10,000 prize is Greg du Toit of South Africa. Du Toit won for his image Essence of elephants, taken at Botswana’s Northern Tuli Game Reserve from a special, sunken hiding spot. While the dark, cool color may make the image look like it was shot with the sun down, it was actually shot during the day, using a polarizing filter, and altered white balance. Du Toit’s full shooting rig for the prize-winning image was “Nikon D3s + 16-35mm f4 lens + polarising filter; 1/30 sec at f22; ISO 800; Nikon SB-900 flash + SC28 remote cord; mini-tripod; Nikon cable-release.”

These winning images, as well as the ones from other categories, are currently on display at the Natural History Museum, and will go on a tour of the UK and the world starting in November.