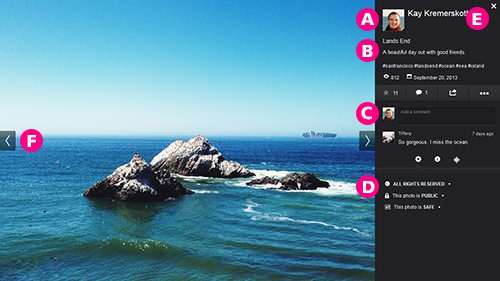 While some folks are might still be reeling from the massive redesign of Flickr earlier this year, it seems the company isn’t done tweaking the layout quite yet. Flickr is currently rolling out a redesigned version of the photo page itself, which is slowly being offered to more users.

The primary change with the layout is to make the photo an even larger part of the screen, showing the image as big as possible. Here’s the rest of the layout, as explained by Flickr:

Users who are able to use the new layout should see a button allowing them to opt in to the redesign. If you’ve changed over, what do you think? Is this better than how it was before?