That's fast enough even for the Hyperloop 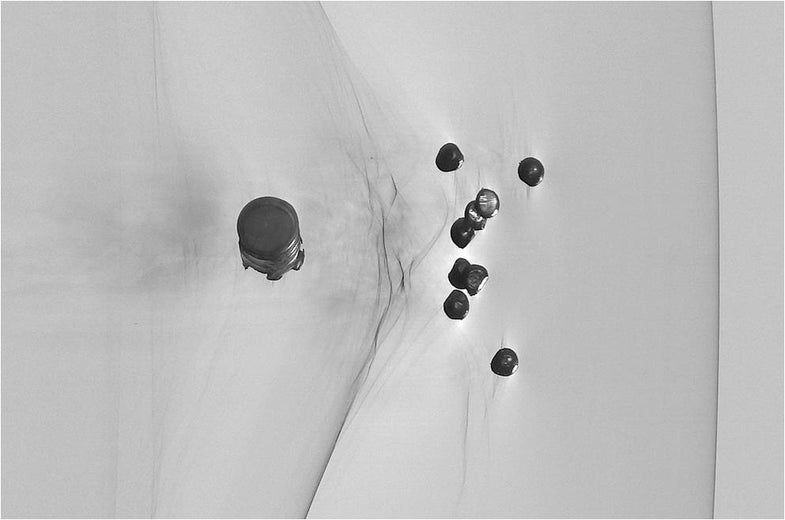 This camera has been designed by California company MetroLaser, Inc, who has published their findings in the journal Optical Engineering. It’s a streak camera, and in this case perhaps best understood as a digital equivalent of the strip camera that allowed sports bodies to record photo finishes. A strip camera only allows a narrow vertical band of light to hit the film, and by constantly advancing the film, it allows for incredibly precise measurements of how objects moved through time.

This new camera was funded by the U.S. Air Force, after the specialized film required for their streak photography stopped being created. The digital streak camera performs a similar trick, but instead of using a slit and moving film, it uses an optical slit and a rapidly moving mirror to expose just parts of the camera’s sensor at a time.

This rig is able to be used with off the shelf hardware, requiring just “a commercial portrait quality digital camera and conventional photographic flash illumination.” Not only that, but it’s capable of tracking objects traveling as fast as 3350 meters per second (almmost 7500 MPH), and is down to the size of just 1.27mm.

According to the paper’s authors, this technology could soon be used for ballistics, rocket sled imaging, and race finishes — though I doubt the racers will be crossing the line at 7500 MPH.