Here are More Than 1400 People Waving at Saturn 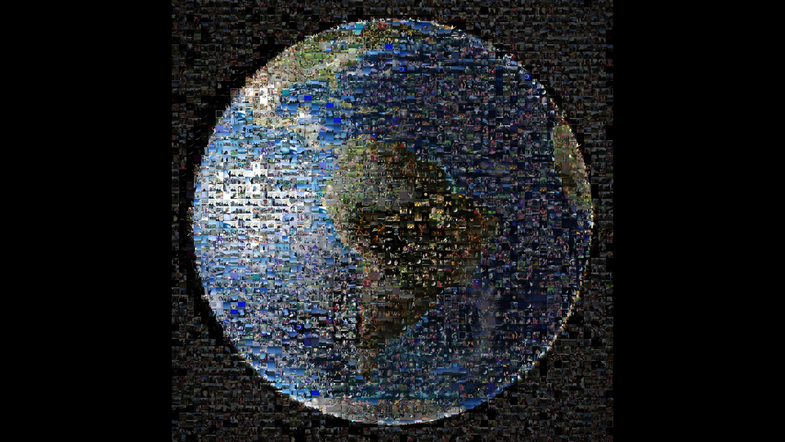 Last month, NASA’s Cassini space probe had an unusual opportunity — it was able to shoot the Earth as it took a distant photo of Saturn. While our small blue sphere was only to be a pixel on the final image, that didn’t stop NASA from organizing the “Wave at Saturn” event, getting people to wave at the sky just in time to be captured from space. All those folks who waved at Saturn on July 19th put their images up online, and now NASA has stitched them all together into an incredible collage of Earth.

Available in a huge number of sizes, the mosaic is pulled together from more than 1400 images, shot from 40 countries and more than 30 states in the USA. The images were shared with NASA over Twitter, Facebook, Flickr, Instagram, Google+ and email.

So, while you might not be able to make out yourself waving in the official Cassini image, you know that there’s at least one official NASA image of the planet Earth where you can be seen.