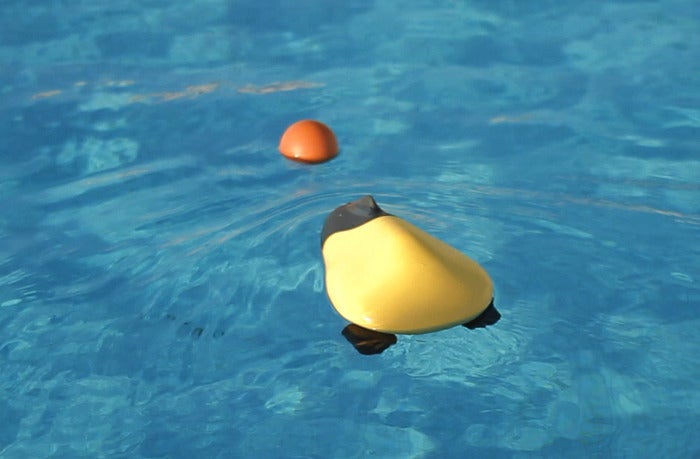 The Ziphius is a Kickstarter project aiming to raise funds for something fantastically novel — a remote controlled aquatic drone, capable of beaming images and video directly to your smartphone or tablet. However, even though the Ziphius has met with widespread coverage and acclaim, it only has two weeks left to raise more than $60,000 to see the project come to fruition.

It’s a concept that’s a lot of fun, with a 300 foot range, and a one hour battery life. You could easily see this thing skirting across the top of the waves, or in a pool, harassing your friends and playing games. It even won the Grand Prize in Engadget’s Insert Coin competition.

For $200 in backing, you could get your hands on a Ziphius, which is self-righting, has a 720p camera, a bright LED light, can play games with balls, or can be used for augmented reality play, and will have an open SDK for people to develop with the drone. With a Raspberry Pi for a brain, the drone can clock up to 6mph on the water.

Unfortunately, despite its positive coverage, the Ziphius is facing something of an uphill battle. With just two weeks left in the Kickstarter, the company hasn’t even reached 50% of its $125,000 goal to start production. Not just that, but the Ziphius is missing a killer feature: it doesn’t go underwater. It’s designed simply for swimming where the sea meets the sky, and lacks diving capabilities — which might be the feature people are really waiting for.