The New York Times takes a dim view of significant editing of journalistic content — but what about when it comes to fashion? 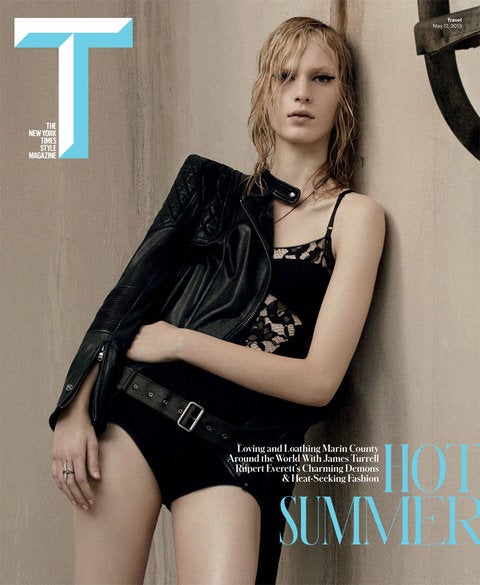 The New York Times, being a newspaper of good repute, has always had a very strict policy on image editing. All but the most basic changes are not allowed. But a recent discussion over a fashion shoot has prompted some serious discussion about if this applies to all branches of the New York Times or just the journalistic side.

The New York Times puts out T, a monthly style magazine, and its most recent cover proved controversial due to the thin model, her apparent youth, and the strappy outfits. Responding to the controversy, section editor Deborah Needleman said:

It was the suggestion of Photoshopping an image in the esteemed Grey Lady that prompted the discussion. Public Editor Margaret Sullivan took to talking to the various other parts of the paper about what their policies on retouching is.

In this, it seems that fashion really does stand apart. Other non-journalistic, but still editorial, sections of the paper forbid retouching. The Styles and Times Magazine both keep to the strict and standard guidelines of the paper. But it seems that the specifically fashion oriented T magazine skirts this rule. As Needleman said, “images are sometimes retouched. Red taken out of someone’s eye, a wrinkle in a skirt smoothed, a model’s tattoo removed.” But only for fashion and glamor photography.

As the NYT’s associate managing editor for standards, Philip B. Corbett, put it, “This is a different genre of photography. It has different goals, different tools and techniques, and there is a different expectation on the part of the reader.”

The fashion world is often heavily criticized for editing models to give them unrealistic bodies, but in this case, no substantial editing seems to have taken place. The Times was being critiqued for choosing very thin models to begin with, not for taking models and digitally slimming them. Which in turn, raises a whole different suite of issues about if readers are being overly critical of skinny people, or if T Magazine is promoting unhealthy standards by hiring only the very svelte.