Watch These Two Incredible Videos of the Earth from Orbit

With one video direct from NASA, and the other put together civilian, both of these films show the wonder of our planet from space 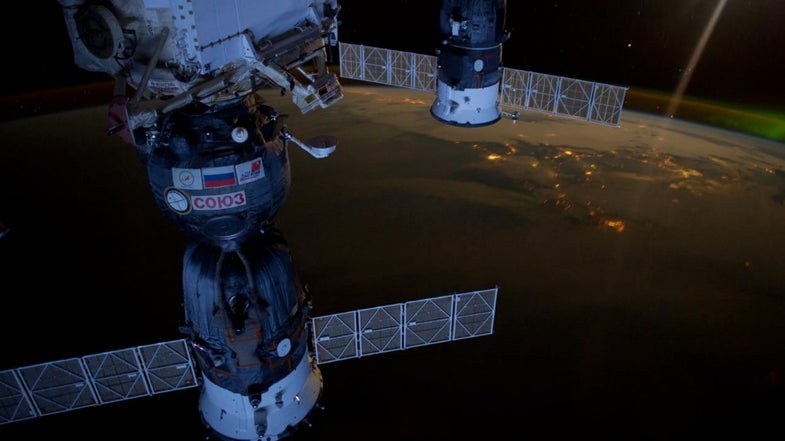 One of the wonderful things about NASA is that they release all of their photos and information for free online, allowing who wants to play with it to their heart’s content. Which is why we have two incredible videos of the Earth shot from space, one of which was put together by NASA itself, and the other by a civilian, and both are equally stunning.

The first is from NASA directly, and is a montage of all the best footage of Earth shot from orbit in 2012. It includes satellite imagery, data visualizations, ISS time-lapses, and computer models. The data sources include the Suomi-NPP satellite, as well as “a partnership between NASA and the National Oceanic and Atmospheric Administration, and Aquarius, which measures sea surface salinity and is a joint project between NASA and the Space Agency of Argentina.”

The second video is a series of time-lapses assembled by Bruce W. Berry Jr. Berry took images that were directly from the ISS, then cleaned up the images, and put them together into a video. He says “All footage has been color graded, denoised, deflickered, slowed down and stabilized by myself. Clips were then complied and converted to 1080 HD at 24 frames/sec.”

Both videos are only a few minutes long, but manage to capture a wide-range of views of the Earth, seeing everything from cityscapes to active volcanoes to moving ice levels. And if you want to know the specifics of what each shot in the videos are of, you can click through either of the links above for more information.