No, we've never heard of it either 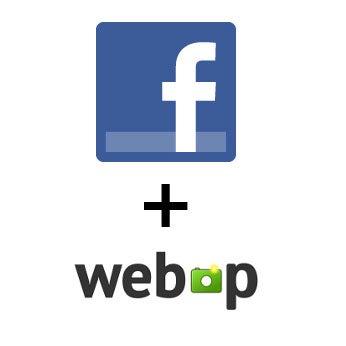 According to reports, Facebook is trialing presenting images on the social network through a different format, moving away from the widely supported JPEG into a more obscure format called WebP.

Revealed by CNET, Facebook users who use Chrome or Opera may find that instead of images being shown to them in the standard JPEG format that has become the de facto choice for online photos, instead they’ll pop up as WebP. WebP images have the advantage of 25-34% smaller than JPEG images of a similar visual compression level, thus helping alleviate the huge amount of resources that Facebook puts towards sharing photos.

However, even though the WebP images take up much less space for the same visual quality, the downside is the format’s obscurity. JPEG is all but ubiquitous for sharing images online, and it allows for people to easily grab images off Facebook for other uses. WebP is only supported by two browsers right now, and very few image editing programs.

If you use a browser that supports WebP, you can see some comparisons between the two image formats here. The two seem to be very similar when it comes to image quality, and the WebP files are undeniably smaller. But switching image compression formats away from the most popular and widely used option seems to be a step towards making images harder to share, not easier.