What do you think of the new look? 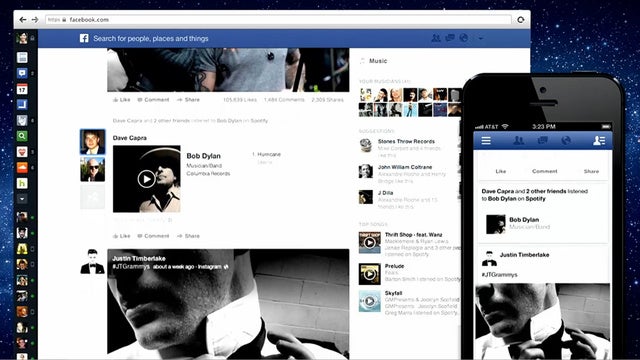 The overall tone of the announcement is that they’re trying to cut out as much clutter as possible and make Facebook stuff even easier to consume. Obviously, this puts a large focus on photos, which Facebook gets billions (yes, with a “B”) every month.

The column has gotten wider, so photos can be displayed much larger when you’re scrolling through the feed. This actually seems to be a pretty considerable improvement. However, it will be interesting to see if they have to crank up the image compression even more to aid in fast load times. Facebook is already rather unkind to uploaded images when it comes to image quality and color accuracy, so this could mean bigger images (hooray!) that look worse than they do now (boo!). Only time will tell that, though.

As for the rest of your content, things will actually be split up into different areas, so you can scroll through updates only from brand pages or musicians, or movies, or whatever thing you may use to kill your workday. It sounds a lot like the “lists” functionality in Twitter.

The feedback will no doubt be loud and immediate since the update starts rolling out today. You can click here to preview what the service will look like and sign up to have your newsfeed changed over.

I think the new design actually has some decided similarities with Google+, a service which many photographers really actually like. However, things like copyright issues will still likely hinder some serious enthusiasts and pros from embracing Mark Zuckerberg’s big, blue social media behemoth.

What do you think? Upgrade, downgrade, or don’t care?