Northeastern China has recently been hit with some of the worst smog imaginable — and it's so bad, it covers cities from space 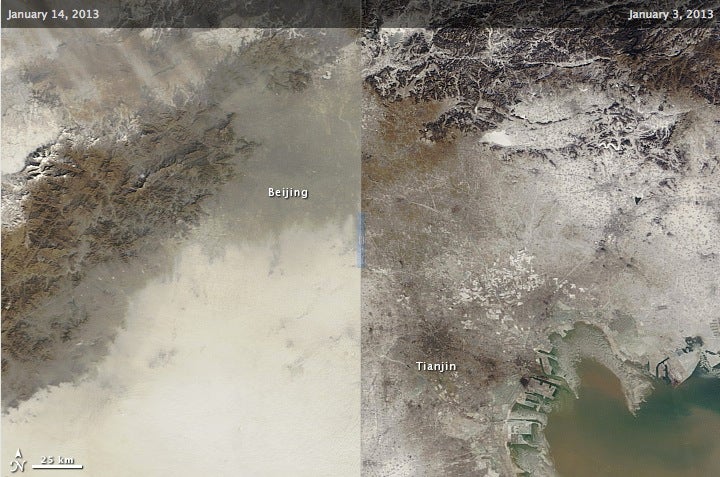 It was been dubbed “Airpocalypse”, unprecedented air pollution, passing the 500 point scale usually used to measure smog. Over the course of days, parts of Northeastern China were covered in a shroud of pollution that was so dense that it was dangerous to be outside. 30 cities were subjected to levels 25 times what’s considered safe in the USA — and it’s so bad that you can see it from space.

While the levels have dropped slightly in recent days, the combination of rampant industrialization and coal fires are still producing large amounts of pollution. NASA’s Earth Observatory released a pair of images of Beijing and Tianjin, one from January 3rd and one from January 14th — before and during the Airpocalypse.

What’s even more disturbing is that the January 14th image wasn’t even the worst day. That day the Air Quality Index in Beijing was 341 (still above the dangerous demarcation of 300) — but on the 12th, it was more that double that, peaking at 775. Shocking.