Shot just days before the twin NASA GRAIL crashed into the Moon, one of them shot this incredible footage 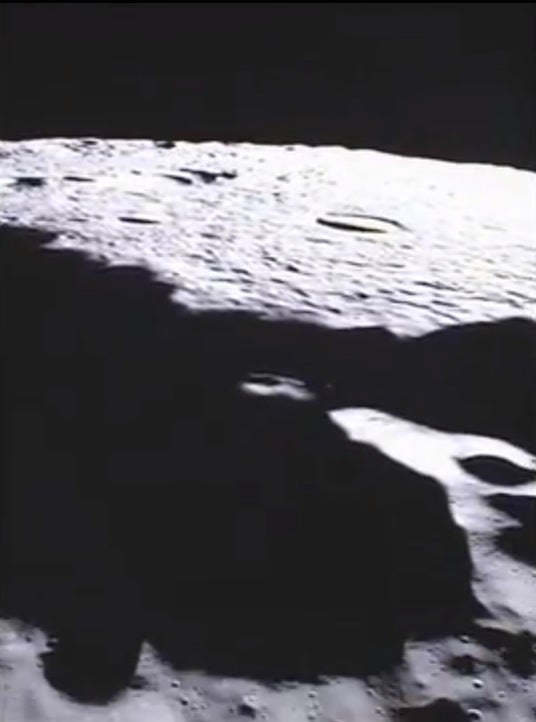 On December 17th, the NASA GRAIL project completed its mission with a scheduled impact on a mountain near the Moon’s north pole. But just a few days prior to that, with the twin spacecrafts incredibly close to the Moon’s surface, the project recorded one final burst of video, and released some of the most incredible footage of our natural satellite that we’ve ever seen.

This footage was taken at a height of just 6 miles above the lunar surface, and is played here at a rate of six times its true speed. Each of the two spaceships came loaded with four MoonKAMs (Moon Knowledge Acquired by Middle School Students), one each pointed forward, backward, and down, as well as a zoom lens pointed directly downwards. What’s unusual about these cameras is that they mark the “first time a NASA planetary mission has carried instruments expressly for an education and public outreach project.”

Given how amazing this footage is, I’d say they’re a success.