Over the next few days, Google will rollout an overhauled image search that's faster, shows images larger, and includes metadata 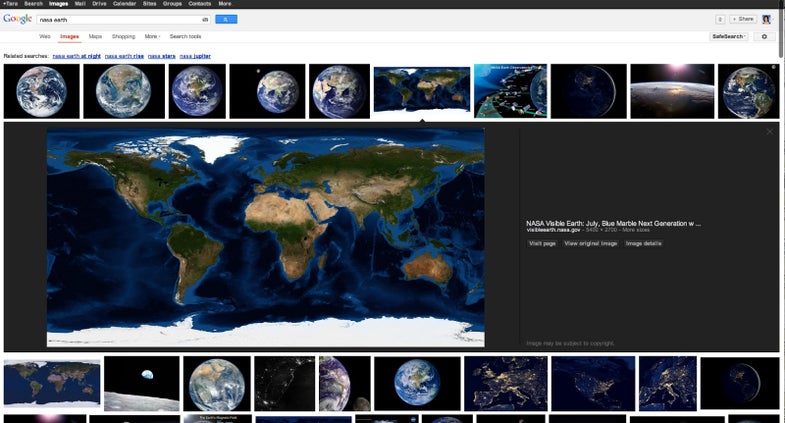 Google has announced a plan to tweak the way it displays images in Google Image Search, giving metadata a much more prominent role. The updated interface should become available for most people in the very near future, and will show large versions of the image in the search itself, return results faster, allow you to flick through them with arrow keys, and perhaps most importantly for photographers, show metadata automatically beside the image.

What we don’t know is what sort of metadata will be shown. In the current design, if you click through to an image, you instantly see the image dimensions, file size, image type, date, and camera it was shot with, and the option to see extended EXIF information. The image that Google provided of the new search doesn’t show EXIF data automatically, but there is a nice big “image details” button, which will hopefully pull up all that wonderful information. However, until it rolls out for us to play with, we won’t know for sure.

This should make it that much easier to figure out how shots you like were taken, even if you’re just nosing around a Google Image Search and killing time.