No, the cover is not pictured in this post 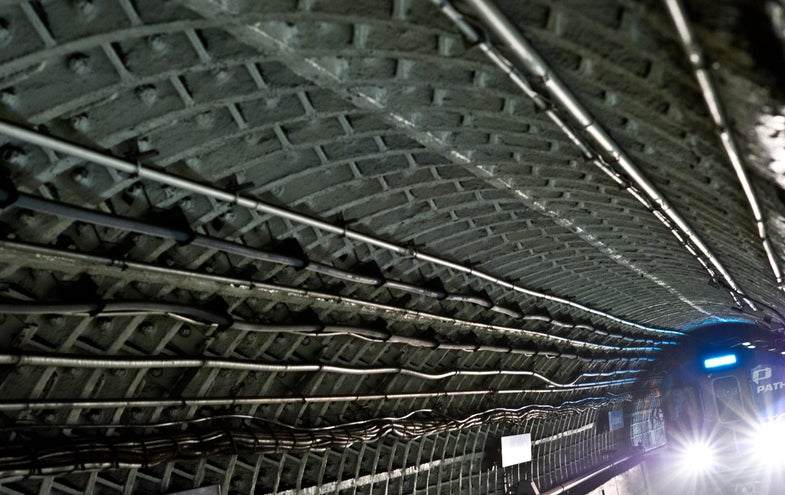 Have you seen the cover of this morning’s New York Post? I’m not going to post it here. The photo above is a regular image of the subway on a normal day. You can see the cover over at Gawker in their blog post. It depicts a man standing on the subway tracks in midtown Manhattan, having just been pushed there by someone. A train is coming, and he’s about to be killed. For some, it’s almost painful to look at, and it’s raising a ton of questions about if a photo like this should even exist, let alone grace the cover of one of the country’s biggest papers.

The photo was shot by R. Umar Abbassi who is under a ton of fire at the moment on the web by people claiming he should’ve been helping rather than taking pictures. Without having been there, it’s really impossible to know the actual circumstances. Though, he has said he was trying to use his camera flash to alert the conductor, which sounds unlikely and is probably hurting his defense more than helping it.

While the debate about what the photog should have done is still very debatable, it seems to be almost unanimous that the Post shouldn’t have put it on the cover. Especially with the headline “DOOMED” in giant letters underneath it. [Full disclosure: I occasionally write technology stories for the Sunday Pulse section of the New York Post.]

The whole discussion goes back to the argument about whether photogs should be helping or shooting during times of crisis. The most famous case being probably Kevin Carter and his incredible photo of a starving child being surveilled by a vulture.

Of course, if there was any chance for the photog to save the man, he should’ve taken it. But right now, we don’t know all the facts, and even if security footage comes out as it often does, we still won’t.

How do you feel about all of this? Feel free to share your feelings in the comments.