Can Fake Photos Change Our Memories?

In the age of widely spread false photos — can these fakes change the way we thing about things? 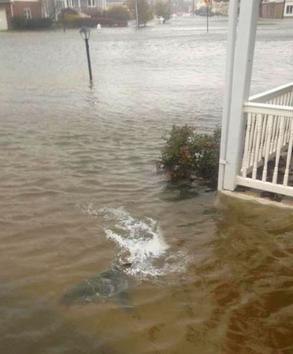 Thanks to the ubiquity of image sharing (and the inability of people to check Snopes) falsified images of major events are almost more widespread than the real thing. Hurricane Sandy in particular saw dozens of fakes promised as real. But can these images prove to be directly harmful, or are they just in fun?

The BBC recently put together an intriguing round up of research that showed that fake images could influence real memories and behavior. People presented with falsified images are more likely to create false memories to confirm with these images, even if they never happened. Apparently part of it ties to our basic difficulty with identifying fake photos to begin with, and the malleability of memory — especially from our childhoods.

This is hardly a new phenomenon. In Soviet Russia, undesirable individuals were often scrubbed from photographs, removing them from the historical record. And there seems to be some evidence that we’re particularly good at being convinced by edited photos that confirm to our political views.

The fact that our brains are much less good at remembering than we believe them to be is also part of a current shift to require a greater burden of proof in eyewitness testimony. If a simple photoshop of an image can cause us to misremember how something actually happened, how heavily can we rely on old eyewitness accounts for criminal investigations?