The Mars Rover Has Sent Back a Self-Portrait

This image gives us a look at the outside of Curiosity 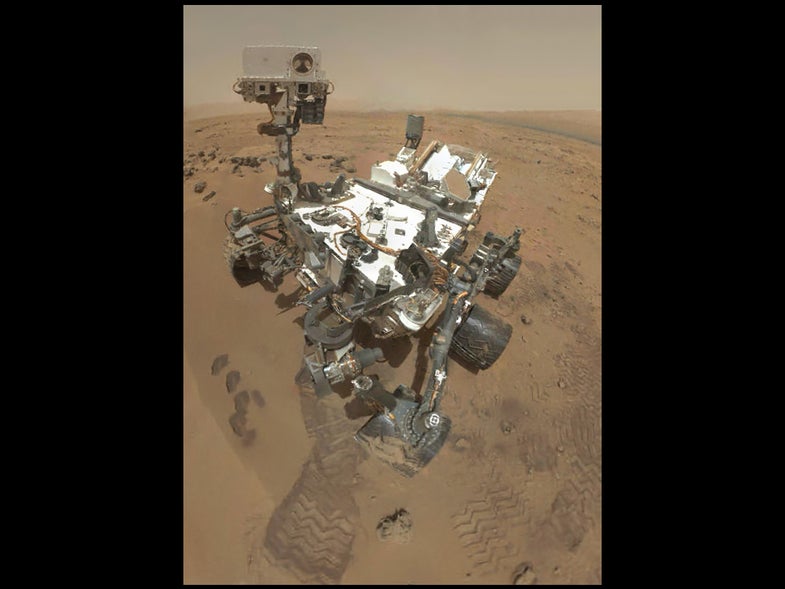 The Mars Curiosity Rover has been an incredible treasure trove of photography, sending back some absolutely stunning views of Mars. Now Curiosity has turned that camera on itself, and NASA has released a stunning self portrait from the rover. The image is stitched together from thumbnails created by the Mars Hand Lens Imager (MAHLI) camera, and allows an outside view of the device.

By getting an overall view of the rover this way, NASA researchers can keep track of how its exterior is doing, and identify any damage that may occur. This image was shot at “Rocknest,” the spot in Gale Crater where Curiosity’s been scooping up rocks.

You can see what the rougher, stitched together version looks like here, and some excellent analysis of the larger versions here — someone’s even attempted to turn it into a 3D image.

If you’re interested in more of the photos the rover has taken, they’re all available online for you to play with.