Michael Farkas was originally arrested for assault — but the charges were dropped, and he's claiming the police attacked him 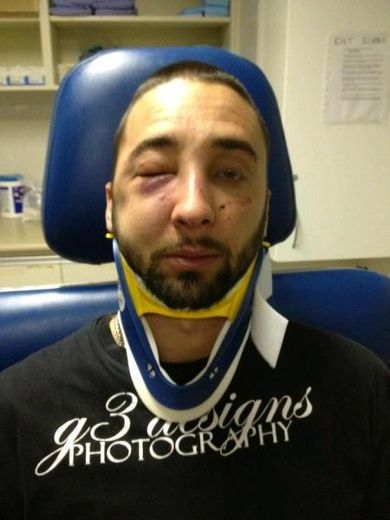 It seems like we can’t go even a few weeks without hearing about another altercation between photographers and the officers of the law. While it’s nice that this time the root cause doesn’t seem to be the police attacking a photographer within their rights to record something, it’s no less worrying for that.

Michael Farkas is a photographer based in St. Catharines, Ontario. Earlier this year, he was working taking photographs at a bar, when the police were called for a noise complaint. Officially, Farkas was charged with assaulting an officer, but maintained that it was the other way around, and that he was the one attacked.

The charges against Farkas were dropped, as there was “no basis for Farkas’ arrest and it was an unlawful arrest.” Farkas has brought about a civil suit against officer Const. Paul Zarafonitis, who is also facing an assault charge. Farkas’ account of the event is that he was ordered out of the bar, and when he continued taking photographs, the constable yell and swore at him. When Farkas attempted to leave, he claims he was attacked, punched, kicked, and knocked unconscious. Zarkas also states that he was denied medical treatment after being arrested, and suffered from a broken nose, cheekbone, orbital bone and ribs.

Zarkas has become something of a rallying point about police brutality, it seems. Multiple witnesses apparently came forward to a local paper claiming that Farkas cooperated with the police, and asked for medical attention, and protests have been held in the wake of the event.