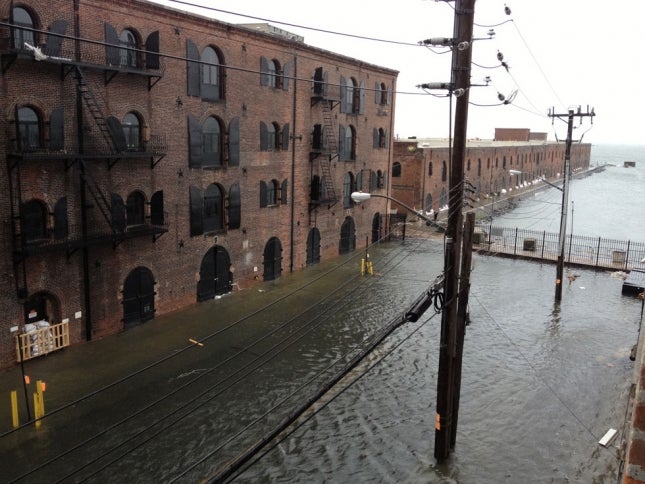 Of the hundreds of photos that have gone viral as hurricane Sandy struck the east coast, Nick Cope‘s was one of the first. On the morning the storm made landfall in New York, he looked out the window of his loft in Red Hook, a Brooklyn waterfront neighborhood that sits in the mouth of New York Harbor, and took a photo of the floodwaters that had already risen in the streets. He posted it to Facebook and Twitter, and continued on with his day, making preparations for the coming storm. After a strong initial response from his 1,345 Facebook friends, the photo was noticed by a local TV producer. Soon enough, Cope had editors from some of the world’s largest media outlets on the phone, wanting to use his photo.