Photographers Timothy Burkhart and Stephanie Bassos each expose the same roll of film: one shoots people, the other shoots places 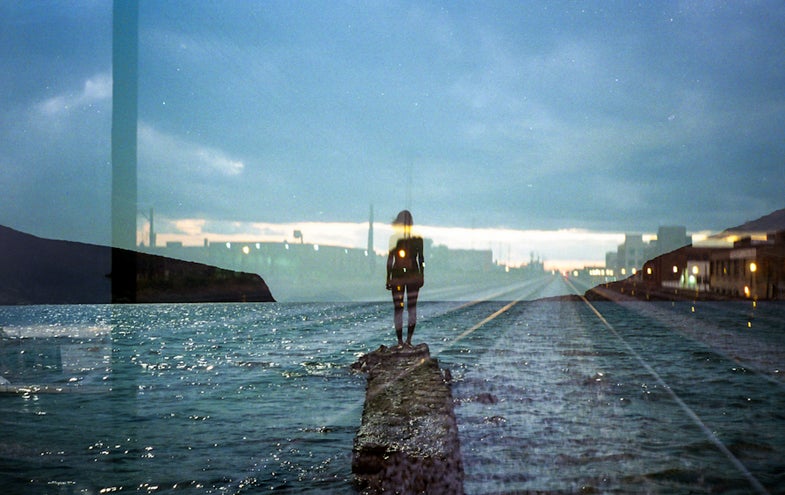 The double exposure has a venerable tradition with 35mm film, and photographers Timothy Burkhart and Stephanie Bassos have put an interesting spin on it with their People vs Places project. Stephanie shoots a roll of 35mm film, taking photos of just people. Timothy then takes that same roll, loads it into the same camera, and shoots only locations. The resulting synchronicity is uploaded, unedited, to their Tumblr.

Since neither artist knows where or what the other has shot, there’s a more than usual amount of pure chance into how each photo will come out. Even with that, sometimes the images manage to come together in some particularly spectacular ways.

The double exposure is one of those things which digital cameras have never managed to really capture the magic of. Sure, some cameras will allow you to overlay images automatically, or you can always stack them in Photoshop, but that doesn’t really capture the felicity of when two photos come together so perfectly.