Read about the man who inspired Steve Jobs 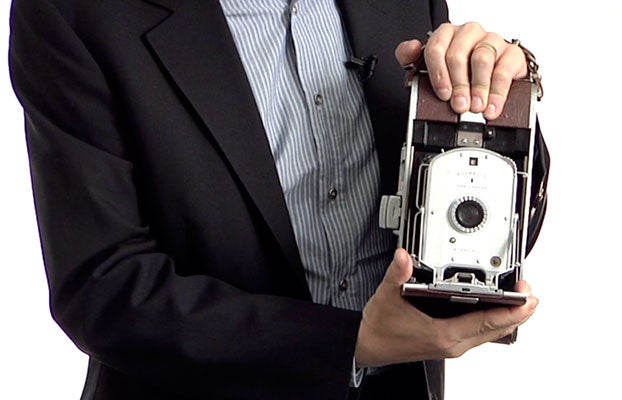 If you’ve ever watched a Steve Jobs keynote speech, you may not have known that his charismatic delivery style drew heavy influence from the guy behind Polaroid, Edwin Land. In fact, Apple was, in some ways, modeled after the innovative and unapologetic Polaroid. Land was a fascinating guy and a new book called, Instant: The Story of Polaroid, by Christopher Bonanos documents the company’s rise and fall.

Instant photography still has a small, but extremely dedicated group of supporters, so the book will likely have a wide audience, even though Polaroid ceased their own production of their iconic instant film four years ago.

The trailer is under five minutes, but it gives a pretty interesting overview of the subject matter. It’s also shows Land speaking presciently about the way we would eventually take photos with our iPhones in the future. His vision has certainly come true. We’re interested. Look for a review once it hits bookstore shelves.