Long before the GoPro, people were already strapping cameras to animals 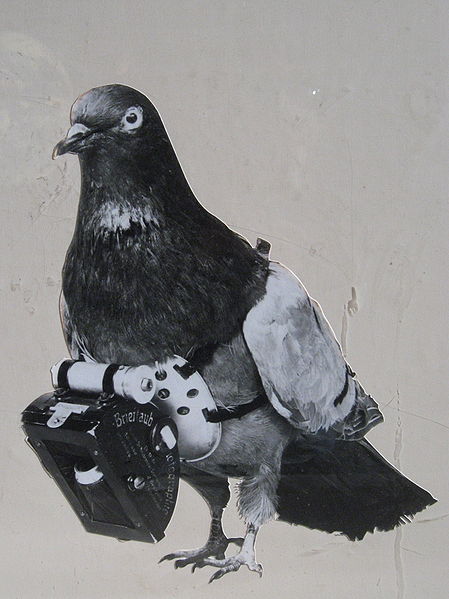 We love cameras strapped to animals, and are wowed by everything from John Downer’s incredible work with birds to strapping an action cam to your pet dog and going for a run. But way back in 1908, Dr Julius Neubronner patented one of the first attempts at using an animal for photography — strapping a specially designed camera to pigeons for stunning aerial images.

Neubronner was a chemist and amateur photographer with a passing interest in carrier pigeons, and starting in 1903, he worked to combine the two — inventing the field of pigeon photography. He created miniature cameras, weighing as little as 1.1oz, with a pneumatic system to automatically snap a shot after a certain period of time.

In 1907 he first applied for a patent on his designs, only to have it declined, deemed “impossible.” Presenting them with the proof of prints, in 1908 he was awarded his patent for “Method of and Means for Taking Photographs of Landscapes from Above,” and he showed off the resulting cameras and photography at various exhibitions and air shows from 1909-1911.

The birds were briefly considered for use during WWI, but the difficulty in aiming their flight path and direction proved to make them less than ideal aerial photographers for gathering intel.

Not a huge amount is known about the mechanical specifics of Neubronner’s inventions — we do know he had at least five different camera models, some of which had multiple lenses that could take more than one exposure and even panoramas. His final camera is thought to have weighed just 1.4oz, and was capable of snapping 12 exposures.

Unfortunately, Neubronner’s work never saw wide use or acclaim — but it’s an obvious precursor to the current love of animals weilding cameras. You can see a bit more of his work on Wikimedia Commons.