With resolution this high, you could potentially fit every photo you've ever taken on something the size of a playing card 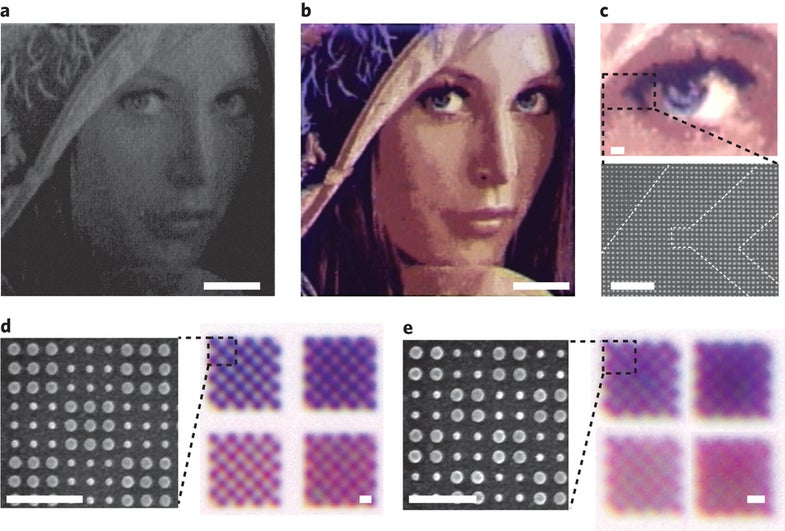 Researchers have discovered a way to print at such an insanely high resolution that it’s as optically dense as physics will allow. A new paper published in Nature Nanotechnology had described a method that manages to create 100,000 dpi images on a scale smaller than what’s visible to the naked eye.

The image above is a massively enlarged version of the famed Lenna test image printed with the method, which is just 50×50 micrometers — that’s 0.05 millimeters in either direction. Each pixel is just 250×250 nanometers. In order to create this level of optical density, the team has discovered a method which lets them pick and chose which colors are reflected. Each pixel is made up of four nanometer scale columns, capped with silver and gold. By varying the height, width, and space in-between the columns, the researchers were able to accurately control what spectrum of light is reflected.

With pixels this small and images this dense, 100,000 dpi is nearing the diffraction limit visible light, the optical limit where things can’t be squeezed any closer together or else they become blurred.

Apart from being able to print things at insanely high resolution, this technology could also potentially be used for tiny watermarks or data storage — and has the advantage of being stable, and not fading over time.

With 100,000 dpi, you could print your entire photograph collection, and have it take up less space than a post-it note.