Shot at night, you can see the lights of cities poking through the storm 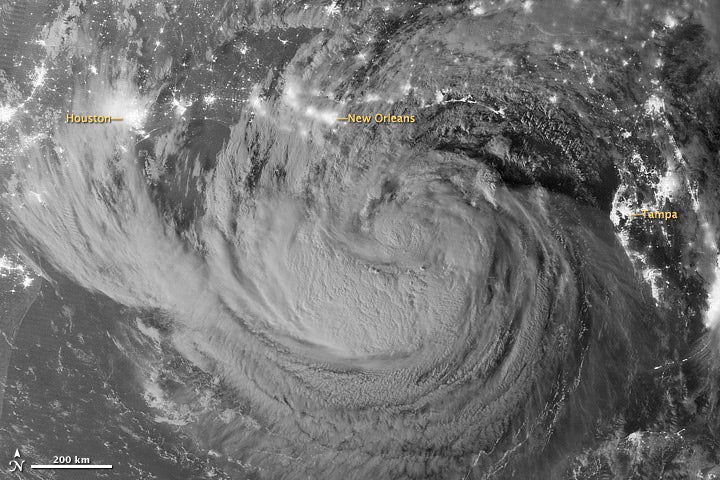 Captured in the early hours of the morning of August 28, this shot from NASA’s Suomo-NPP satellite captures the full size and scope of tropical storm/hurricane Isaac as it hit the Gulf Coast. Despite being shot at night, the technology of the satellite allows for incredible clarity and detail, thanks to the VIIRS — Visible Infrared Imaging Radiometer Suite, and some handy moonlight illumination.

You can download a full 12-megapixel version on NASA’s site, and in the meantime, cross your fingers for everyone being blasted by the storm.