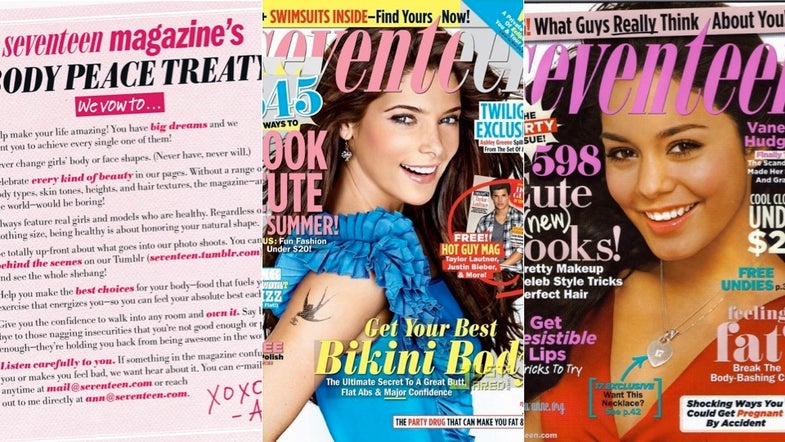 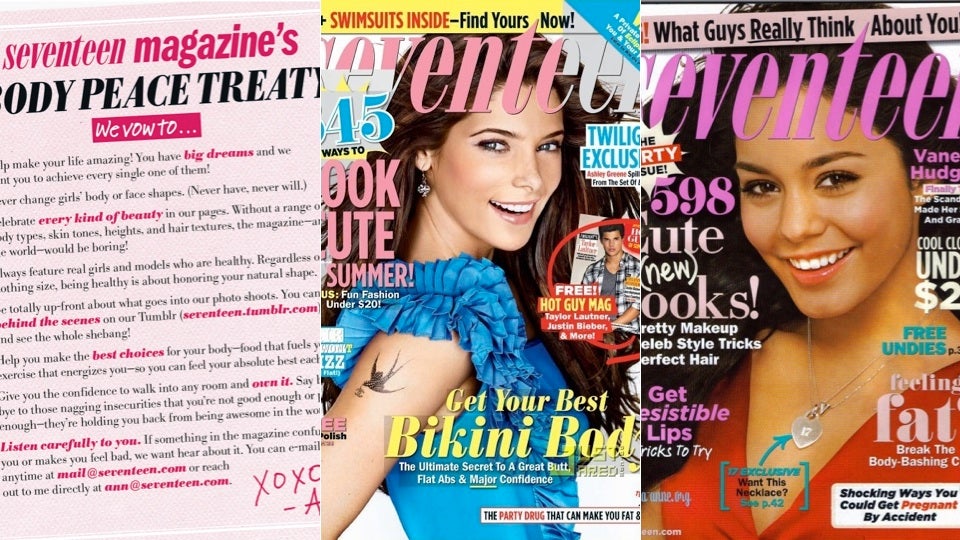 In May we reported on 14-year-old Julia Bluhm’s petition asking Seventeen magazine to produce one spread per month without the aid of Photoshop. She gathered a lot of attention and over 84,000 signatures. But Editor in Chief Ann Shoket gave only a boilerplate response with lukewarm promise to be “more transparent” about their use of Photoshop.

For the thousands of young girls sick of being bombarded with stick-thin, oversexed images of women, Seventeen’s hedging “promise” comes as a disappointment, despite the recent signing of an eight-point “Body Peace Treaty” by the magazine’s staff. But to Jim Warren, former Chicago Tribune managing editor and MSNBC political analyst, Seventeen should have told these young feminists to just deal with it.

In his editorial for the Daily Beast, he points to retouching done on pictures of Abe Lincoln and Mary Todd from the 1860s as “proof” that photos are, and always have been essentially lies. Warren feels that rather than try to change this fact, we should just teach our children to never trust a photograph.

Seems kind of ridiculous, especially considering that the retouching he points out in Lincoln’s photo mostly involved the height of his collar. The heavy hand used to whittle waists and completely remove clothing in many images in women’s magazines would equate to removing Abe’s beard and replacing it with a handle bar mustache.

Warren suggest that the public didn’t care back in the good old days because the changes were only being made to the rich and famous—as if everyday folks now populate the pages of magazines. The biggest change in the photo of Mary Todd seems to be color restoration, her figure remains intact.

Warren is hopelessly out of touch—I’m sure Bluhm and her 84,000 supporters would be thrilled if “fly-away hair and exposed bra straps” were the only thing being removed from the photos.