Can you turn your body into a camera? Kind of. 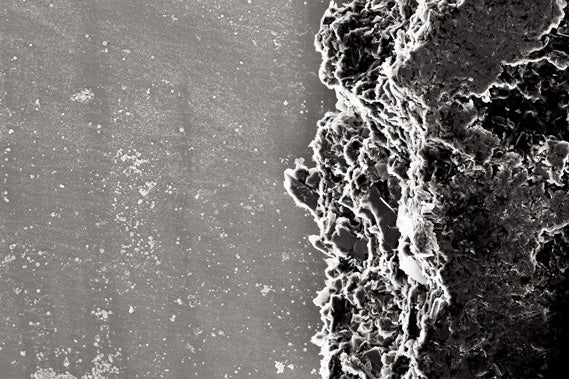 OK, so things haven’t been so great for film in the past decade, but people are still finding creative uses for it. For instance, students Luke Evans and Josh Lake thought it would be cool to eat it.

They each actually swallowed some film and then let it pass through their bodies. There’s an X-ray image that shows the piece of film in there. Then they, um, collected the film in the dark and actually went through the development process.

As a next step, they put the film under an electron microscope. I’m a bit curious as to what the actual negatives actually looked like, but the resulting microscope images are actually very beautiful.

I know some of you are eager to get to the comment section so you can call this “stupid” or “gimmicky.” You’re at least half-right, but I still love stuff like this, especially when the resulting images are interesting and beautiful. Just don’t try this at home. If you’re going to put film somewhere, a camera is a much better — and more comfortable — option.